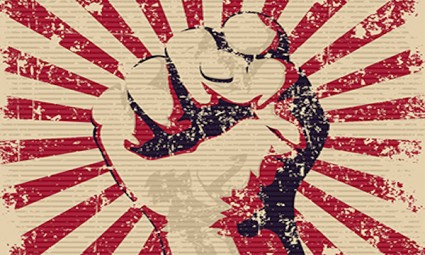 CALGARY – Delays at the Alberta Labour Relations Board continue to plague the process to unionize workers at Royal Camp Services, Sunday Creek who have been waging a courageous battle for their rights at work.

On February 12, 2015, the Board was set to conclude the hearings involving UFCW Local 401 and the right of workers at Sunday Creek to join a union. The day before the hearings were set to finish, the Board suddenly cancelled the session, leaving Local 401, and workers at Sunday Creek, in limbo as to the status of our case against this abusive employer.

From the beginning, Local 401’s efforts to gain Union Certification at the Sunday Creek camp were met with hostility from the employer, Royal Camp Services. The employer harassed and intimidated workers in the lead-up to the union’s certification vote at Sunday Creek, while spreading propaganda about the union to workers with the intention of misinforming them about their rights at work. The employer even swindled workers out of their votes by spoiling voter lists on the day of the vote.

The process to unionize a workplace is never the same. Some employers understand the potential economic and structural benefit of bringing a union to their workplace and comply with the process to unionize their workers and our new union members. While other employers will fight tooth and nail, playing dirty tricks to block their workers democratic and civil right to join a union and have a fair union contract that protects their wages, overtime, safety, and dignity at work.

This is the unfortunate case of Sunday Creek: this employer and their legal council have written the handbook on how to intimidate and harass your workers to the point where they have to put their foot down and say, in a collective voice, we won’t put up with the disrespect, cheating and abuse anymore and we want and deserve a union. In these cases, where the employer wants to play the role of the deadbeat boss, it becomes even more satisfying for our union and our new union members when we win the uphill battle to gain real change in the end.

We were greatly anticipating the conclusion of this situation for the sake of the workers at Sunday Creek and hoped the Board would provide the necessary documentation to prove our case. We can only share in the frustration that workers may feel, however, it is imperative we move forward as in time we will have a new set of dates allowing us to continue forward in this fight. Local 401 is committed to bringing fair wages, overtime pay, and most importantly, dignity and respect to Sunday Creek.

Local 401 will continue to work with the Board to coordinate the soonest available opportunity to hear our call for justice on behalf of these brave workers. In the meantime, should you have any questions or concerns, please contact UFCW Local 401 Union Organizer Saba Mossagizi at 780-920-3773.