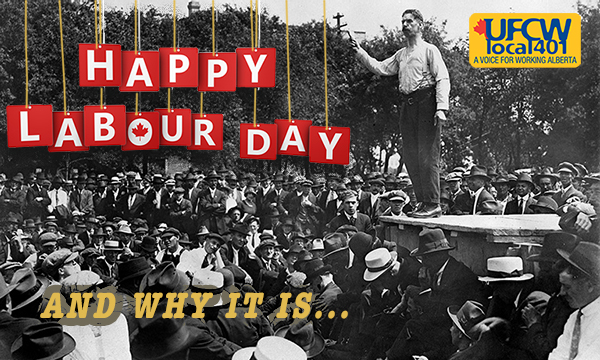 The same event inspired both Canada’s and the United States Labour day. That same event allowed for the economy we enjoy today.

Before the invention of iPhones, print workers were employed to disseminate information by circulating paper to large portions of the population. They called it a “Newspaper.”

One hundred and forty-seven years ago in Toronto, print workers who made these Newpapers resolved to act collectively. They demanded shorter working days because, at the time, it was common for workers to work more than ten hours a day.

It was also a criminal offence for workers to strike. But Strike they did. Workers in the Toronto Typographical Union went out on March 25, 1872, and demanded the city’s publishers to reduce their hours to a more reasonable nine-hour workday.

The authoritarian publishers refused these demands and hired replacement workers (often referred to as scabs) instead and arranged for the jailing of the worker’s leaders.

On April 15, in support of the striking print workers, a parade of more than over 10,000 people in Toronto, assembled to show their support for the fatigued workers and imprisoned leaders.

With the sizeable public backing of the parade, the government could no longer deny the vital function that unions represented in the emerging Canadian culture.

In celebration, parades were held across Canada by workers in the years following. These anniversaries were officially recognized in 1894 when Labour Day was finally made a holiday in Canada.

If a time traveller went back in time to prevent any of this from happening the probable alteration to our present-day would be enormous.

There would never have been the capitalist consumer economy that we are familiar with today.

By helping more workers make decent wages with more job security, unions were primarily responsible for steadying the market. Because of unions, more working people could afford houses, better food, clothing, cars, and other consumer goods. Increasing demand for these things created more jobs and created the middle class without which the economy of capitalist consumerism could not exist.

Well paid workers, who experience job security can afford the taxes that finance the advancement of public services like:

As such, even people who have never belonged to a union also gained from the existence of decent union jobs in their societies.

Canada and the United States are amongst the wealthiest countries in the world due to a moderately high rate of unionization.

As the primary consumer continent in the world for the past one hundred years, an argument could easily be made. Those 10,000 or so strikers and demonstrators in Toronto back in 1872 had an incredible role in what prosperity we all have enjoyed ever since.