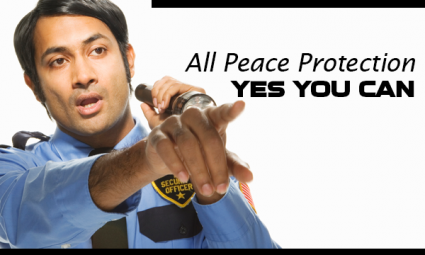 See All
all peace protectionsecurity guards

Management Intimidation of Employees At All Peace Protection

As part of this reported intimidation, employees at All Peace Protection have been receiving requests from their employer to “out” other employees as union supporters so that they may be publically identified and ostensibly punished for their association with the union.

Confidentiality and respect of privacy is the cornerstone of the labour movement in Canada and is at the heart of Local 401’s beliefs. It is important for those who want to better their working environment to feel safe and to be without fear of persecution should they pursue this universal human right.

Local 401 strongly believes it is inappropriate for management to call employees to discuss the union for the purpose of pitting employees against one another. This type of behaviour by management shows a lack of respect for the rights and dignity of employees at All Peace Protection. Furthermore, management’s recent actions at All Peace show that employees are in dire need of fair representation at work.

Every Canadian worker has the legal right to associate with a union and their employer should not harass them because they are taking advantage of this right. Everyone has the right to feel safe at work and to have their voice heard on matters that matter most to them, such as fair wages, overtime pay and improved health and safety standards in the workplace.

In addition to this intimidation at All Peace, it has become known to Local 401 that All Peace employees were recently called into a meeting with their employer where management spread misleading information to workers about the union. It is common in workplaces where the employer is anti-union for the management to hold these types of Captive Audience Meetings with their employees after the union has submitted an application to unionize the workplace.

In these Captive Audience meetings, it is typical for management to perform their best version of a “scared-straight” type of lecture to deter their employees from joining the union; often management will use anti-union propaganda in these meetings as well as threatening and intimidating language to workers who might be seen as pro-union. These Captive Audience meetings are a great way for the company to bash the union to an audience that is ordered to sit there and listen to propaganda and emotional blackmail.

This is exactly the scenario that workers at All Peace faced recently during a Captive Audience meeting with their management. For this meeting, the employer requested that every worker who was off-shift should join the meeting and learn about the “dangers of unionism” and probably other possible dangerous ‘isms’ to All Peace Protection such as criticism, activism, collectivism, optimism and maybe even vegetarianism.

As mandated by Alberta law, if employees at All Peace Protection were required to attend this meeting by their employer they should be receiving a minimum of three (3) hours pay from their employer in return for their time. UFCW Local 401 will follow up on this matter with the employer to ensure workers at All Peace Protection are paid for their time for this forced Clockwork Orange experience.

In times of an economic slowdown, such as the one Alberta is currently facing, a union contract ensures that employees receive stability and support from a representative that will not let the loss of company profits land on the backs of the employees.