The wildfires in Fort McMurray were a tragedy that made the news across the country. Seeing people’s homes destroyed by the uncontrollable fires, seeing the firefighters working tirelessly for days on end, and seeing the mass evaluation of the city while trees and buildings burned around them are images that we will all remember for many years to come.

Many of our members were affected by these fires and some lost everything that they had except what they were able to escape with.

Loreen Whitmarsh, a long time Shop Steward out of the Superstore in Medicine Hat, thought it important that the people of Medicine Hat showed solidarity with the people in Fort McMurray. With the help of her Store Manager and Union Labour Relations Officer, Ricardo de Menezes, they decided to hold a fundraising BBQ on May 28th. Numerous member volunteers came out to help from Superstore, Safeway and Co-op!

Instead of having just Superstore provide the food, we thought to ask all the employers whose employees are represented by UFCW Local 401 if they would donate something to show solidarity. Everything came together nicely. Loblaws donated 500 hamburgers and buns, 500 cans of pop. South Country Co-op donated 500 hot dogs, buns and pop and the Safeway on Division Avenue in Medicine Hat donated 500 hot dogs and buns. UFCW Local 401 donated the BBQ, the condiments and the propane, which was much needed since we were cooking for 6 straight hours! 401 also donated $180.00 to the bring the total to an even $2500.

The sign for the fundraising event simply said “Fundraising BBQ for Fort Mac – by donation” and with the generosity of Medicine Hat residents, over $2300 was raised for the cause. Each company and store had their own fundraising effort and the money raised was divided between all three companies. Some of those companies matched donations resulting in over $4600 raised.

“I was surprised by the amount of support that people provided. It was truly a joint effort from all three companies,” Loreen noted. “Customers would put a $50 bill in the donation pot for a single hamburger and not ask for any change. It was amazing!” she said.

The generosity of the people of Medicine Hat really shone through and the BBQ was a huge success. It really showed that competitors in grocery can really put aside their differences and work together, and along with Local 401’s members and staff wonderful things can be achieved.

A huge thank you to everyone involved! 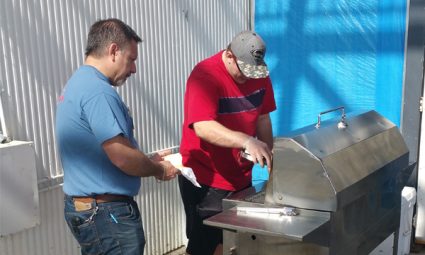 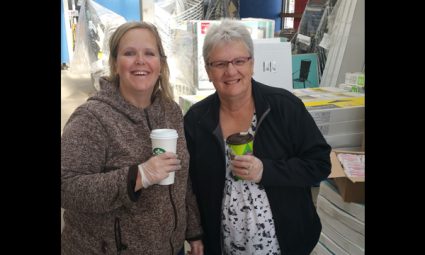 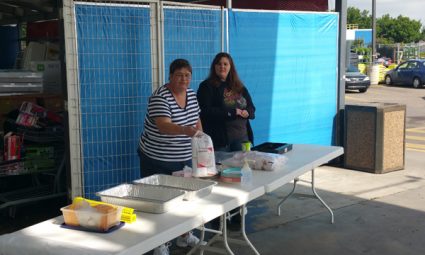