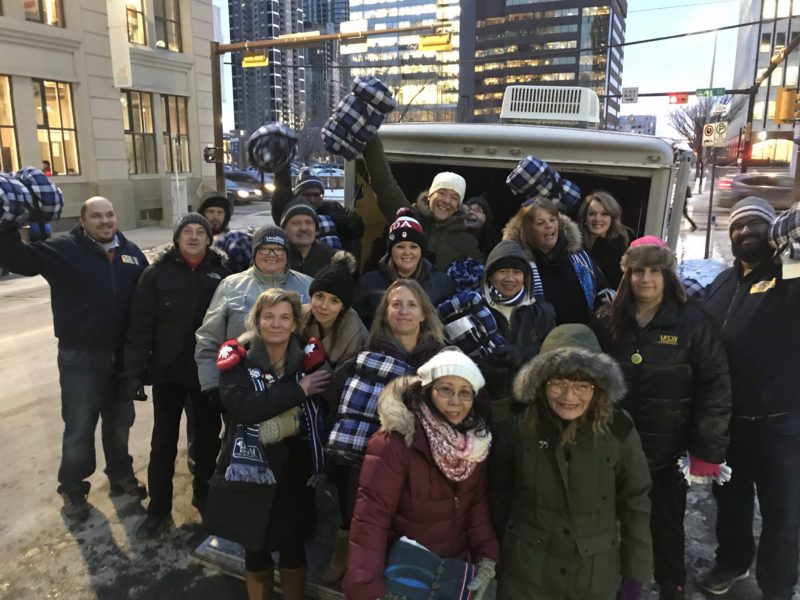 December 16, 2019 – Calgary, AB. When Camp Alexo acquired five hundred sleeping bags left over from Red Deer’s 2019 Canada Winter Games, Shelley-Anne Goulet knew how to get them into the hands of those who need them most. A UFCW Local 401 Shop Steward at Central Alberta Co-op in Red Deer, Shelley Anne knew her union could mobilize caring and generous people on a moment’s notice.

A call for solidarity and action

With support from Union Labour Relations Officer, Sandy Harmeson, the pair put out a call to UFCW shop stewards and activists in the Calgary area to deliver the sleeping bags to the homeless in downtown Calgary. Within a few short hours, Local 401 activists in Calgary jumped to help out.

“Working with our contacts in the Calgary community,” said Harmeson, “we identified a significant need amongst those who – for one reason or another – do not have access to shelter in our city. They end up sleeping rough, even in sub-zero temperatures.”

On Monday, December 16, 2019, Local 401 activists gathered at the Calgary office, loaded a trailer full of sleeping bags, and together with union staff, Executive Board members, and Officers, delivered the sleeping bags directly to homeless Calgarians in the heart of our city.

“The response was overwhelming,” said Harmeson. “People genuinely appreciated the fact that folks took time out of their day to help them out, to share in the warmth of solidarity before the Holiday Season approaches.”

“Feeling many emotions right now,” she said. “But I am absolutely blessed, forever grateful, and positively thankful for my UFCW Local 401 Brothers and Sisters as we rallied together to distribute donated sleeping bags, fleece vests, gloves, hats, and blankets to those in dire need of assistance throughout out downtown Calgary tonight.”

“Especially proud of my 401,” she added, “focussing on our continued commitment, involvement, and support within our beloved communities both near and far.”

“The Holiday Season can bring warmth to people,” remarked Hesse. “It can also be an incredibly difficult time for many of us. We were pleased to be able to deliver some warmth to those who need it the most, and we’re particularly proud of Shelley-Anne and Sandy for the amazing work they did in bringing forward this initiative.” 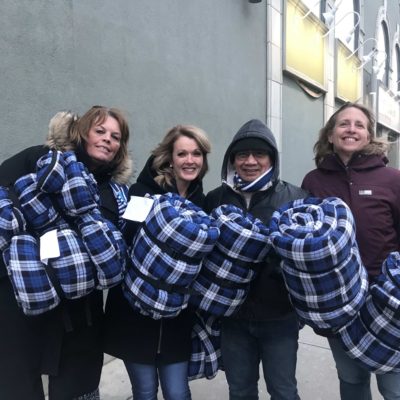 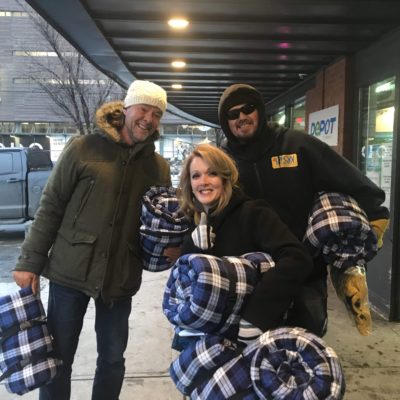 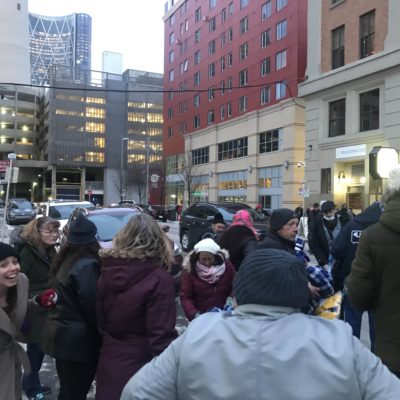 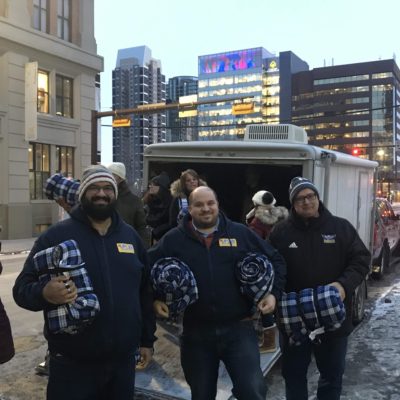 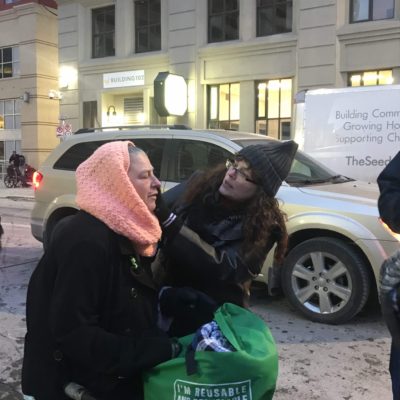 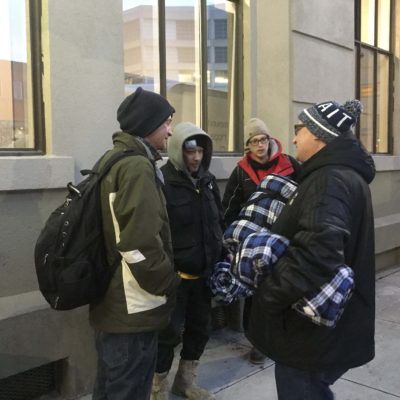 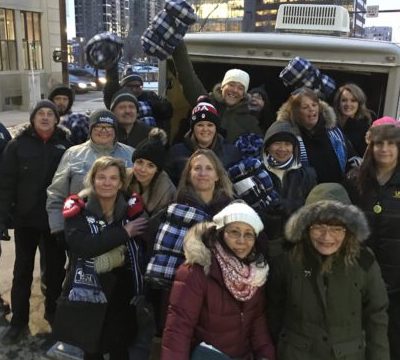 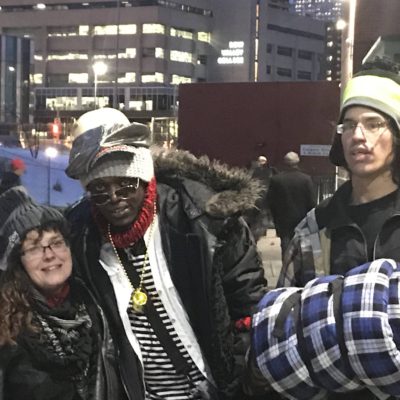 Camp Alexo is owned and operated by Youth HQ in partnership with both the Boys and Girls Club and Big Brothers Big Sisters of Red Deer & District. The camp is located 70km west of Rocky Mountain House, Alberta, in the heart of David Thompson Country, offering wilderness programs to youth.