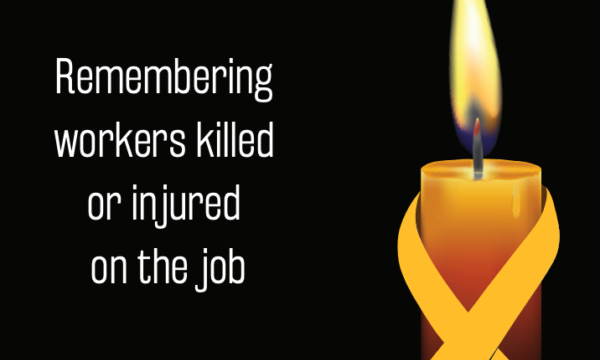 Each year, on April 28, workers advocates across Canada gather to commemorate and acknowledge workers who have been killed or who have suffered injury or illness on the job or due to a work-related condition. As we say in the labour movement, on April 28, we mourn the dead, and we recommit to fighting for the living.

Most recent statistics tell us that, in 2017, there were 951 workplace fatalities recorded in Canada. Adding to that harrowing statistic are the 251,508 accepted claims for lost time as a result of a work-related injury or disease. These numbers have been steadily increasing, and it’s important to note that these are just the numbers that are reported and accepted by compensation boards.

Join us as we gather with our friends from across the labour movement to remember: