On June 9th members at North Central Co-op used the opportunity of their newly accepted Union Contract to learn more about their rights and benefits of unionization. There were improvements in the areas of pension and other benefits, as well as wage increases and language improvements on a variety of areas of their contract.

North Central Co-op purchased the Millwoods Town Centre Safeway and employees were able to successfully negotiate their first Union Contract with their new employer as a Co-op employees.

One of the things we were able to achieve in the agreement, was the UFCW 401 water bottles as an acceptable reusable bottle. The bargaining committee, as well as Shop Stewards were on hand in the store to talk to their co-workers about their new Contract and also had fun handing out some 401 goodies including water bottles and nail files. This was a fun, informative and great afternoon for everyone. 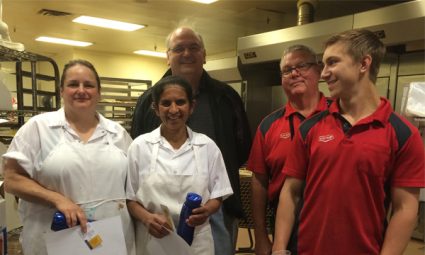 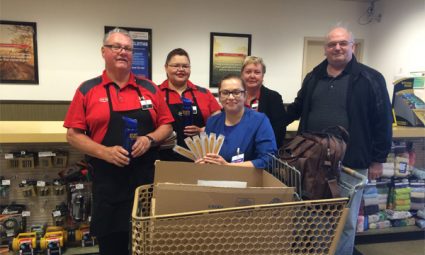 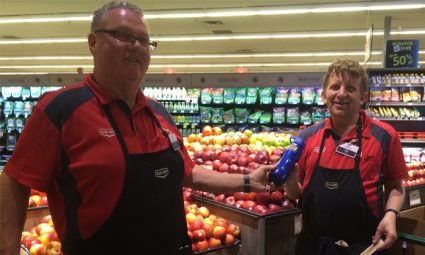 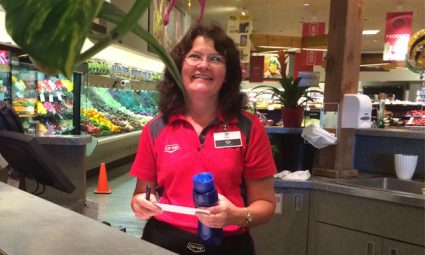 Ruby and her new 401 water bottle. Workers can now have these at their work stations to show their union pride and stay hydrated. 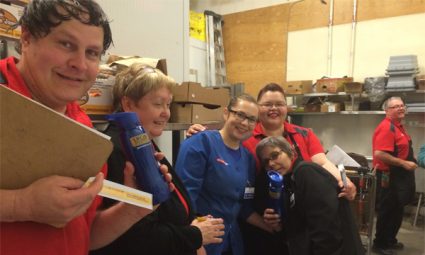 Something for everyone! (L to R) Williem, Judy, Vicky, Nikki, Diane, and Roy hiding in the back. We see you! 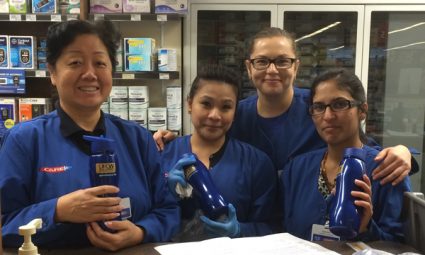 Union pride among the ladies. (L to R) Laura, Jendel, Vicky, and Jaspreet