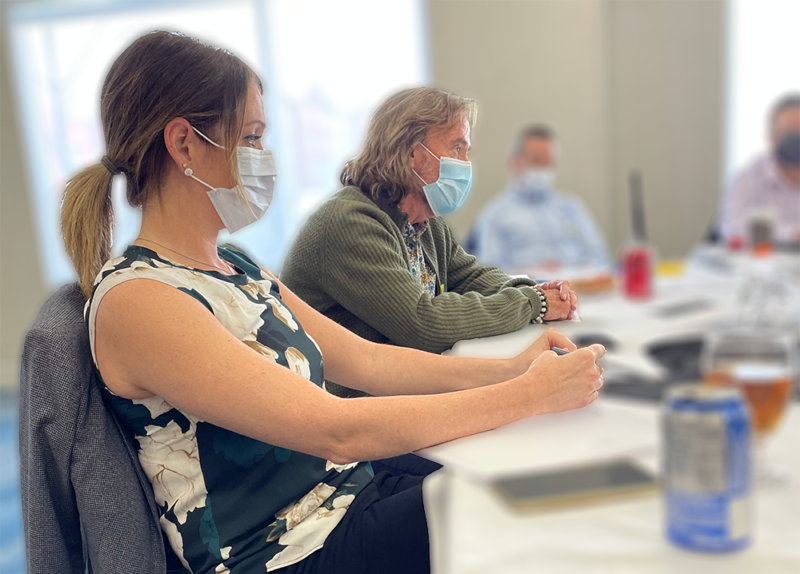 What Olymel members are really worried about is wages

The results from our survey are in and to say that they differ from what the Company claimed would be an understatement.

Thank you to the more than 500 Olymel workers who completed our survey on issues in the Plant. As an open and democratic union, we do what our members tell us to do. So, hearing what you have to say is extremely important to us!

And what Olymel workers said the most loudly is that they want the Company to increase their wages to keep up with inflation and the increased cost of living! 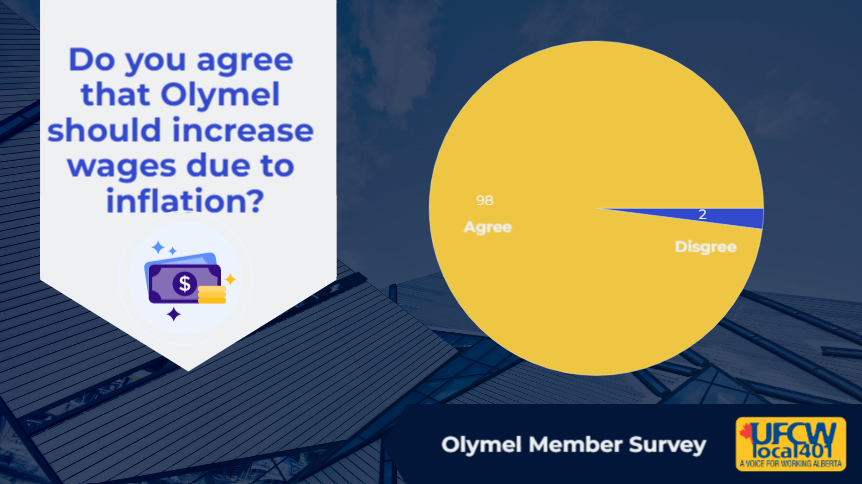 It makes perfect sense that 98% of Olymel workers want an answer from the Company about why they haven’t increased wages. When we met with the Company about this issue, they said they would give us a response. And yet as prices on things like gas, groceries, and utilities have gone up, Olymel has remained silent on this important issue.

“What our members think about pressing issues in their workplace forms the basis for our advocacy,” said UFCW Local 401 President Thomas Hesse. “I appreciate all the feedback we received, and I echo Olymel workers’ anger about the Company’s silence on increasing wages. Our members deserve an answer and they deserve it now!”

Perhaps that’s why Olymel tried to create a bunch of controversy around masking —  because they didn’t want to answer the real question on their employees’ minds.

But they got it wrong on masking too.

We wanted to hear directly from our members on the issues of masking and health and safety in the Plant. As the saying goes, the numbers don’t lie.

68% of Olymel workers are somewhat anxious about the future and COVID reappearing. 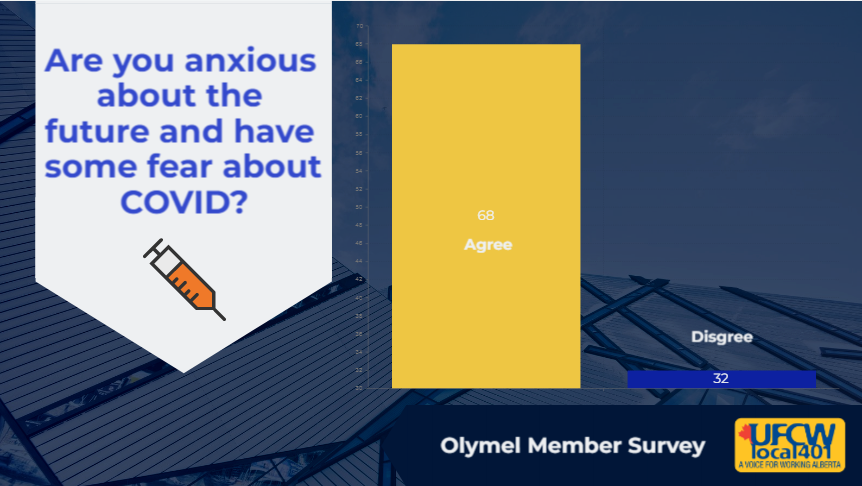 The same number of workers wanted Olymel to consult with their Health and Safety Committee and doctors before doing away with mandatory masking. 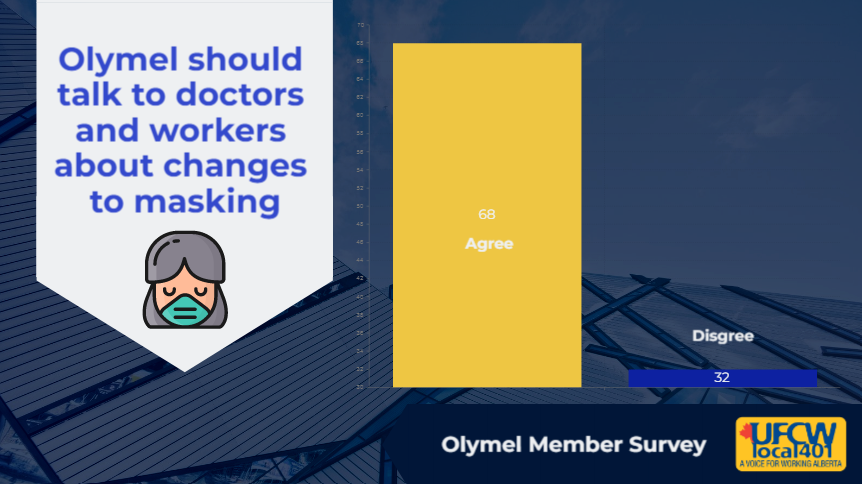 An even stronger majority of workers want any of those changes to happen slowly and cautiously. 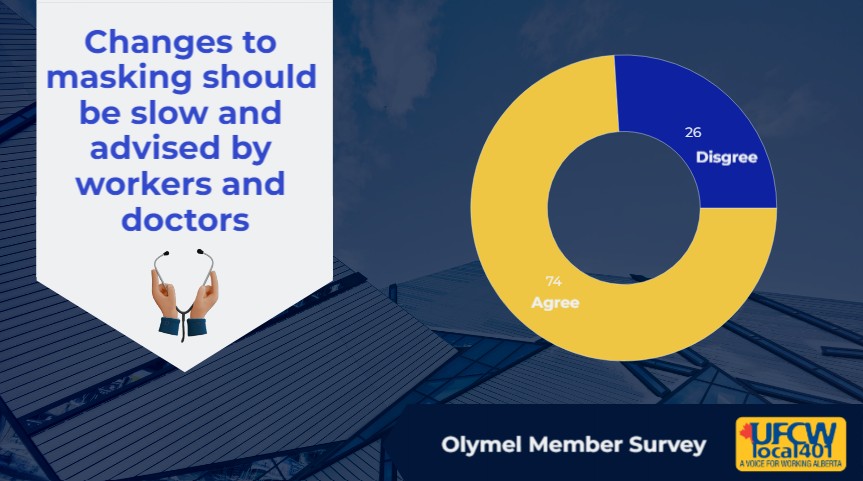 But the second strongest result from our survey was around respect for the Health and Safety Committee. 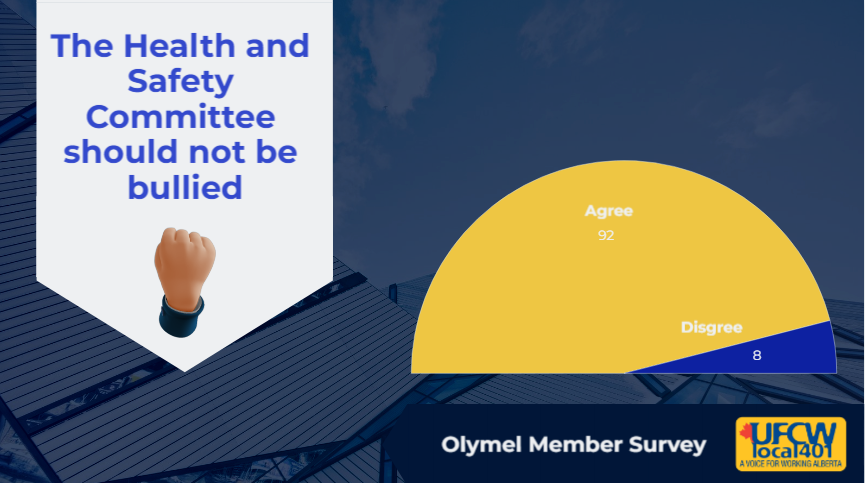 That result matters because it has been reported that when some members of your Health and Safety Committee expressed views that were contrary to Olymel’s, the Company attempted to silence and discount their voices.

Sadly, this is not surprising behaviour from a company that refuses to answer the most important question on your minds around increasing wages and who refused to close the Plant during an outbreak that resulted in the deaths of some of your coworkers.

Recent reports indicate that as many as 80% of workers at the Olymel Plant are still choosing to wear masks at work. While we respect the rights of those members who choose not to wear a mask now that the Company has removed its mandatory policy, we also want to ensure that Olymel will respect the rights of those workers who choose to continue masking.

No Olymel worker should be harassed if they choose to continue wearing a mask, whether the Company likes it or not!

We’ll keep pushing Olymel to give you an answer on increasing your wages and demand that their increase be retroactive to the beginning of 2022. President Hesse is urging all Local 401 members to push employers to better address the unique inflationary pressures currently facing workers around the world.

And we’ll never stop asking for your input and fighting to keep you safe at work!