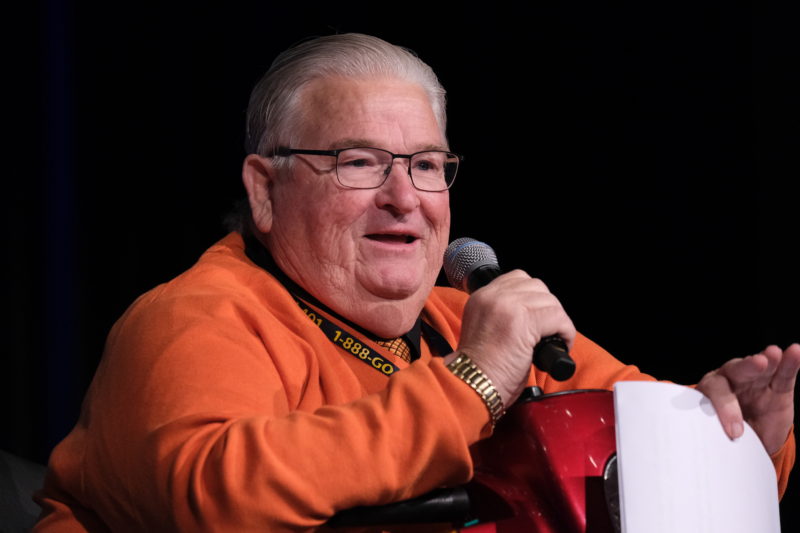 Long-time President of the United Food and Commercial Workers Union, Local 401, and workers’ advocate, Douglas O’Halloran, passed away in Calgary on the evening of October 14, 2019, after a lengthy battle with cancer.

Over a long and storied career fighting for working people, Douglas helped to build one of the strongest and largest local unions in the UFCW and the largest private-sector union in Alberta. He was a hero of the labour movement in our province, and a dear friend to many.

Several weeks ago, after being forced to confront the diagnosis of a terminal illness, Douglas retired to spend more time with his family.

Over the past several weeks, we have received an outpouring of concern and well wishes about the state of Douglas’ health and wellbeing. There have been several articles outlining the work, achievements, and significance of Douglas’ contributions to working people in Alberta, including an outstanding article by trade unionist and journalist David Climenhaga.

It is hard to express how saddened we are by the loss of our great brother, Douglas.

As Douglas would have it, we will mourn, but we will not be weak. Our union is as strong as the members Douglas spent his life serving.

Let us remember Douglas by building our solidarity as workers. In the coming days, union members and workers across Alberta will undoubtedly take moments of silence and pause and reflect on Douglas’ life and the extraordinary voice he gave to the causes of working people.

Details of a funeral service and reception for Douglas can be found below. Condolences may be forwarded through www.mcinnisandholloway.com.