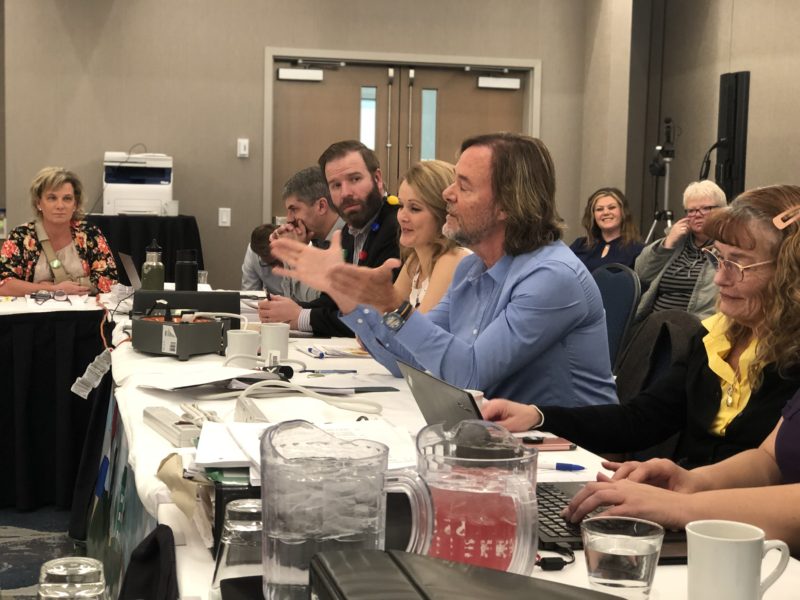 Safeway Bargaining: Action and Leadership Gets the Goods

In this update, we summarize a strong week of member action and leadership that has resulted in some decent progress at the bargaining table with Sobeys. A shorter, video version of this update, along with other videos, updates, and details about bargaining is available at gounion.ca/safewaybargaining.

Safeway members! Check out our latest update on negotiations with Sobeys this week…

We’ve been negotiating with Sobeys for months now, and while we’ve been able to sign off on several items, there have been some issues on which the company has refused to move. As bargaining approached last week, we knew we needed to push things forward.

On Sunday, December 8, 2019, we gathered together several allies from the Alberta labour movement as well as your union bargaining committee and Local 401 members from other workplaces for a Good Groceries Day of Action at the Safeway store at North Hill Centre in Calgary. This event was intentionally small (with around fifty friends and allies in attendance), as we did not want the company to know where we would show up. Others, we anticipate, will be larger and louder!

For an hour or so, on a snowy and cold Sunday afternoon, we handed out grocery bags and popcorn to customers, bringing them our message that Safeway employees deserve better from Sobeys and that a fair contract that meets their needs is the only way that a deal gets done. We were backed up by representatives from CUPE and AUPE, two of the largest unions in Alberta, an MLA, as well as the Alberta Federation of Labour, an organization that brings together the voices of all the major unions in the province.

We broadcast this event live on Facebook, where within a week, our video received nearly 10,000 views, thousands of engagements, and hundreds of shares. We received dozens of messages and calls from Safeway employees and friends wanting to get involved and help us out in a variety of ways.

Sobeys needs to know: our Good Groceries campaign is gaining momentum, and what happens at the bargaining table will be reflected in more and more public actions until we get the deal that Alberta Safeway employees need and deserve. 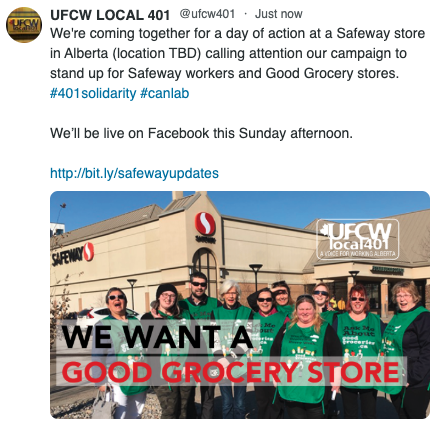 Hot on the heels of our Good Groceries action, we started our meetings with Sobeys last week with a visit from new UFCW Local 401 President, Thomas Hesse, and Secretary-Treasurer, Richelle Stewart.

Together, they sent a clear and simple message to the company:

While new to their positions, both Hesse and Stewart are not new to negotiations with big companies like Sobeys. They delivered their message in a clear and firm way, making it clear to Sobeys that our union will not be weak.

“We insist on fairness for our Safeway members,” Secretary-Treasurer Stewart told the company. “And if that doesn’t materialize, you will see the most creative and inspired dispute Local 401 has ever advanced.”

As another union bargaining committee member described it, “we told them that we’re done playing.”

Breaking through on some important items

With our action and strong leadership message, our union bargaining committee got to work on several proposals we’ve been trying to deal with for months. In our exchanges with company negotiators, we were able to resolve the following key issues over a few days:

Along with these gains, the company also agreed to remove five of their takeaways that we argued would make life harder for Safeway employees.

With that movement, we began pressing the company on the key issue of scheduling, outlining our proposals on how to make things better for both our full-time and our part-time members. We anticipate scheduling issues will become the major focus of our next negotiations meeting with Sobeys in January. 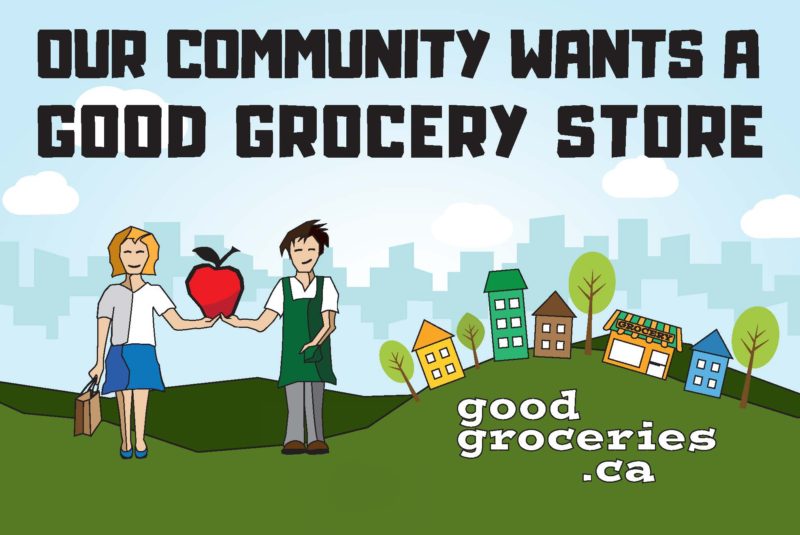 With the launch of our public campaign and our move towards other key issues that matter most to Safeway employees, many have been wanting to get involved and see the process for themselves.

As always in this set of negotiations, all UFCW Local 401 members working at Safeway stores are welcome to attend negotiations and raise issues with the company.

Our next meetings will be in Edmonton during the week of January 13-17, 2020. If you wish to attend negotiations on your time off, please contact your Union Labour Relations Officer for the meeting details, and we will get a seat ready for you.

As this is likely the last update of 2019, on behalf of President Hesse, Secretary-Treasurer Stewart, the UFCW Local 401 Executive Board, union stewards and activists across the province, we wish you all a happy holiday season.

We are so proud of the work you do bringing food to the tables of Albertans. Let’s renew our spirit of strength and solidarity together into the New Year!