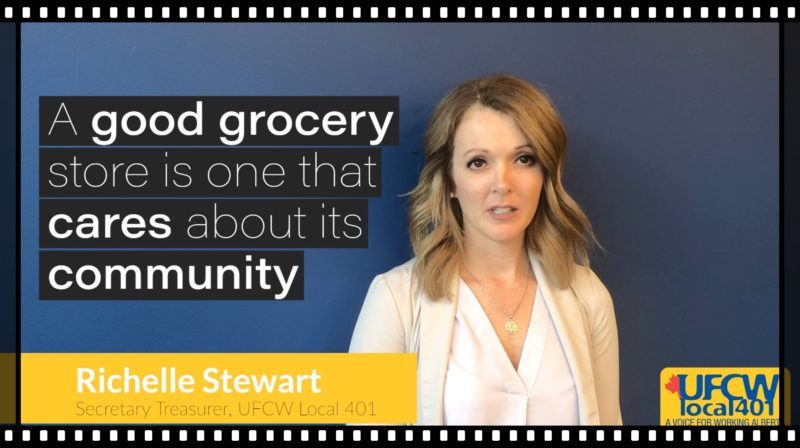 Calgary, AB – March 3, 2020 – The year 2020 is already shaping up to be a big one for grocery workers in Alberta. With Superstore members entering into negotiations soon, it’s now more important than ever to bring together our members who work for both Sobeys and Loblaw to take a stand for good grocery stores.

Furthering our campaign to connect UFCW Local 401 members with each other and with customers, we’ve released a new video on what a good grocery store means not only to us but to the communities we live in.

In case you missed it, check out the video here: https://youtu.be/WCXT99F4k3s

Or see it on our Facebook page by clicking the below image: 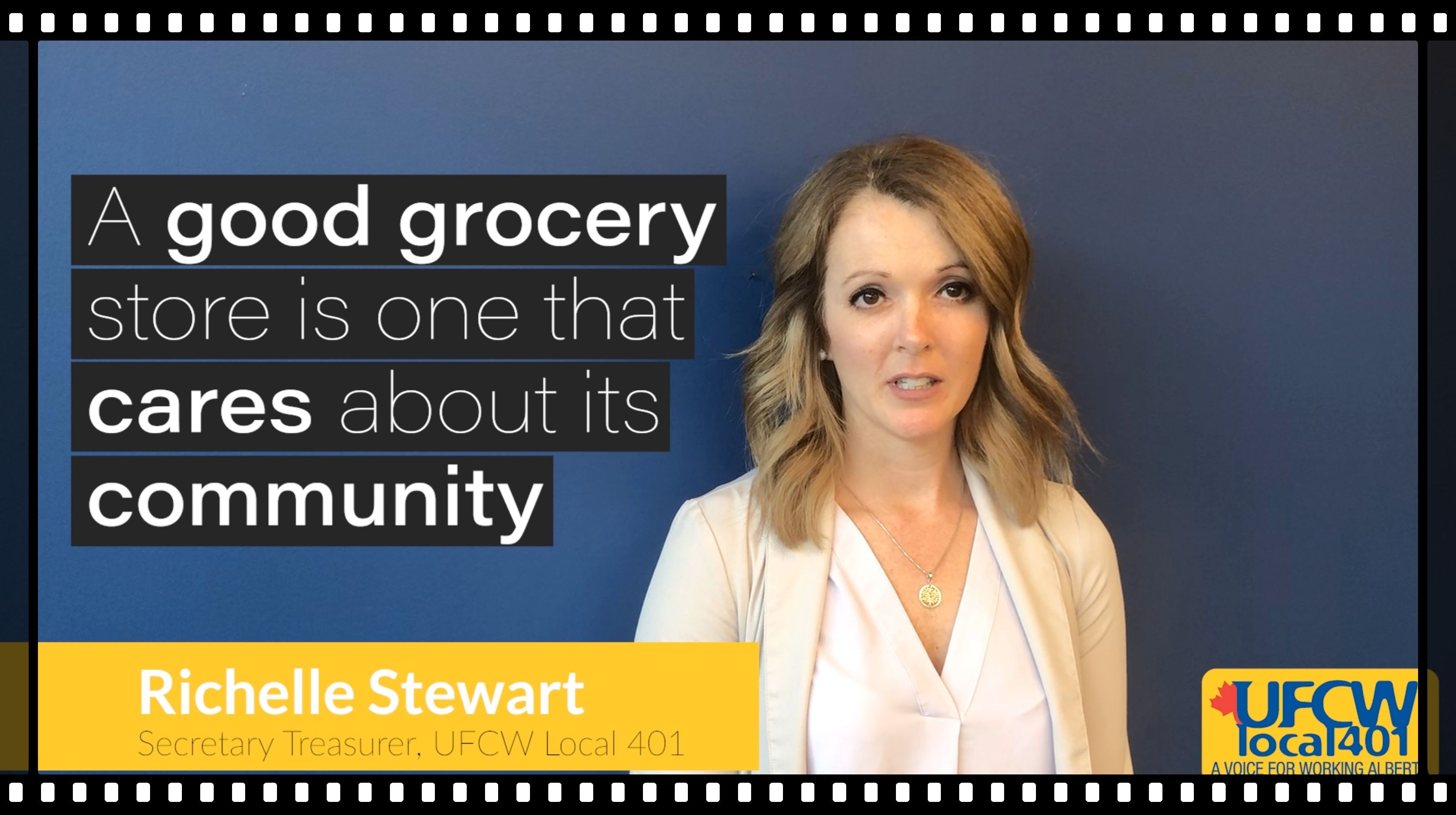 Last week was a very eventful week at Sobeys negotiations in Calgary, so we put out a quick video from the bargaining table to keep you up to speed. 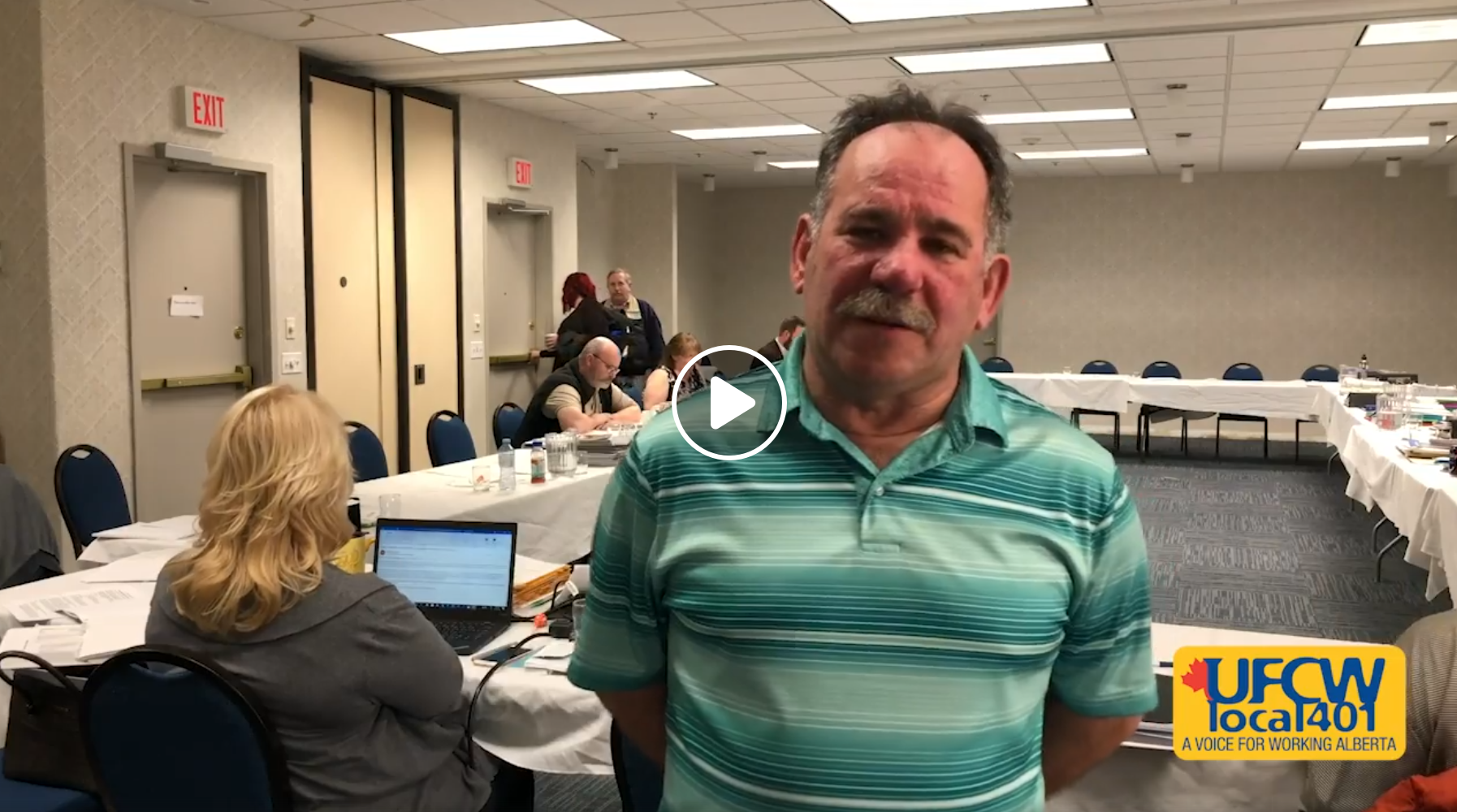 Not into video updates? Here’s what happened…

We discussed several key issues with the company, including:

While we seemed to have been making progress on things, the process of negotiations was made more difficult when the company notified our bargaining committee that they would be re-introducing a version of the “mystery shopper” program.

This was concerning not only because of the issues caused by the program itself but also because the company had previously been quite clear that they were NOT going to be bringing the program back — to the extent that they proposed removing our existing protections in contract around this issue.

Our bargaining committee is firm in our resolve to get a fair agreement for Safeway employees across the province. We aren’t going to let “mystery shoppers” deter us from that focus.

We expect that we will be getting into the monetary portion of negotiations very soon.

Our next bargaining meeting with Sobeys is scheduled for next week (March 11-13, 2020) in Edmonton. As always, if you want to see the process for yourself, Safeway union members are welcome to sit in on negotiations meetings on their own time.

Just reach out to your Union Labour Relations Officer or write to us at bargaining@ufcw401.ab.ca.