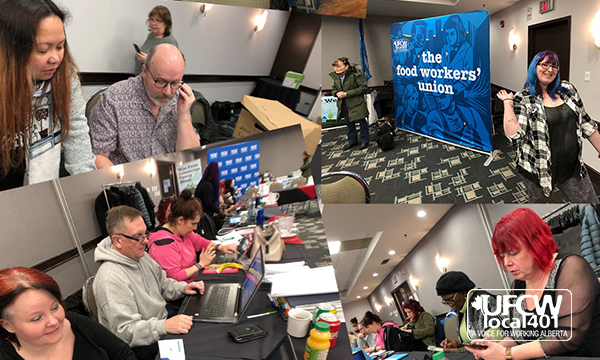 January 17, 2019 – Edmonton, AB – In the midst of a deep freeze, we met with Sobeys in Edmonton this week. Picking up where we left off in December, we pressed the company on a number of key issues, such as hours of work and scheduling and job security issues around store closures.

You said it to Sobeys

Before meeting with the company, our committee was really active. We continued our solidarity work with the community by helping out at the Food Bank in Edmonton, which compliments the work we all did over the holiday season.

We also sent text messages to thousands of Safeway union members asking what you want us to say to Sobeys. We had thousands of responses that helped our committee focus on what was important to you.

We told Sobeys what you told us to say. Our committee members read out your concerns and demands around the current scheduling system. We worked on ways to improve scheduling rules as well as find ways to ensure the rights you have are properly observed in all stores.

Here’s a short video (click the image below) from your union bargaining committee outlining the week’s progress: 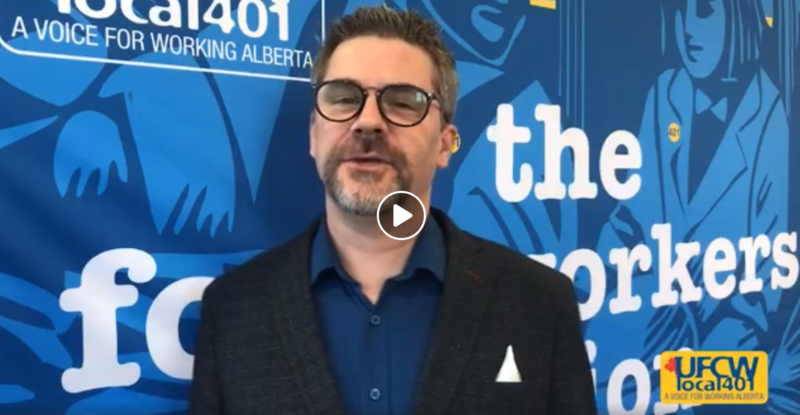 The company continued to pursue a number of takeaways that would worsen scheduling rules for our members, including reducing the number of hours between shifts, taking away overtime rules from the Meat & Deli contracts, and other items.

But our committee was clear: we will not accept takeaways that would worsen our Safeway contract.

We made some progress this week, but we have a long way to go.

We expect to be moving towards tackling monetary issues like benefits and wages fairly soon. There will be stumbling blocks, and so we may need to get assistance from a third-party mediator. More on that soon.

Our next negotiations dates are planned for February 24-28, 2020, in Calgary.

As we have throughout this process, we extend an invitation to all Alberta Safeway members to attend negotiations to see the process for yourself.

To find out the details, please get in touch with your Union Labour Relations Officer.