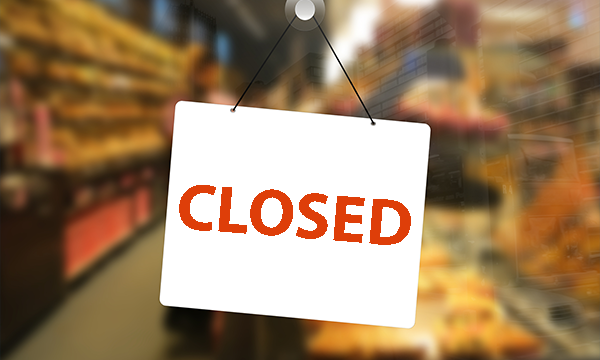 Your UFCW Local 401 bargaining committee challenged Sobeys bosses at negotiations this week. With the announced closure of the Southland Crossing store in Calgary, Safeway union members are growing even more concerned about their job security and the future of their workplaces. From time to time, Safeway has closed stores in Alberta and elsewhere. But since Sobeys has taken over the business, concerns about job security for Safeway employees have been magnified.

Recent Closures
In 2016, the company closed Trans Canada Safeway in Calgary. That location is now a Save On store. In 2017, Sobeys closed the Abbotsfield Safeway store in Edmonton. A pharmacy operation was left to carry on.

On May 14, 2019, employees found out the Southland Crossing store in Calgary would close on August 31.

At the bargaining table in March, Ken Woo, Sobeys’ VP of Alberta Operations, told us that the company turns its attention to the economics of store locations in anticipation of their lease agreements expiring. Safeway has written to employees about the Southland Crossing closure saying that its lease expired in October 2019, and with the closure, Sobeys will not renew the lease agreement.

At the bargaining table, Mr. Woo was specifically asked if the company planned any store closures, and he said no. Unfortunately, it appears we have to take anything the company says with a grain of salt. Only weeks later, we found out about the Southland closing, proving once again that Sobeys officials cannot be trusted.

Situations like this underscore the importance of standing together in solidarity and supporting your union. Without a strong union, we’ll be left with nothing but the misrepresentations and falsehoods of Sobeys’ propaganda machine.

Safeway, at times, tries to undermine your union, saying we are not “focussed” on the business. This is patently false. When we say we aren’t prepared to bow and obey Sobeys bosses, that doesn’t mean we aren’t focussed on the business. We think the business is about people. Employees form connections with customers, and those relationships are at the core of the business’ success.

In uncertain times, we need real transparency from Sobeys
We are demanding that Safeway be transparent about its business. We have demanded that Safeway reveal its lease agreements for every store in Alberta. As Mr. Woo says, a review of lease agreements can precede a store closure, so we believe employees are entitled to know if the lease agreement for their particular store is coming due and if their jobs are at risk.

We are also continuing to demand to know what stores might be converted to FreshCo. Further, we have been insisting that stores not be closed and that investment in the Safeway brand is the key to its success. We are also demanding proper notice of any possible store closures.

Sobeys negotiators fumbled when faced with these demands, claiming that they didn’t know when, for example, the decision was made to close the Southland Crossing store. When asked about a new Sobeys banner that has just arrived in Alberta, called Clover Farm, they seemed confused and unaware of any such banner. A local media outlet reports that a family in rural Alberta has partnered with Sobeys and brought the “flagship Clover Farm store in Western Canada.”

Southland Crossing employees are not alone
The bottom line is that your union is fighting hard to get questions answered. We are talking to union members at Southland Crossing to ensure that their rights are protected. A full-time union representative is available to answer employees’ questions and guide them through this difficult time.

The good thing is that they have a union contract, and employees have significant rights to transfer into other Calgary Safeway stores when their store closes. Unionized Safeway employees from across the province stand in solidarity with their fellow union members at Southland Crossing.

Patience and persistence
Union members continue to ask their union to steadily and patiently negotiate. At this stage, employees are not ready to exercise their right to strike and have asked their union to be patient and persistent in trying to persuade the company to retreat from all the concessions and takeaways they want from Safeway employees. This is really the answer to the commonly asked question “why is bargaining taking so long?” The slow grind of bargaining can test our patience, but on the other hand, Safeway employees have not had any takeaways during this time frame.

More bargaining is scheduled for June 18-21, 2019. in Edmonton. Safeway members are welcome to attend bargaining sessions on their own time. If you would like to attend during any of these dates, please let us know by speaking with your Union Labour Relations Officer or sending an email to bargaining@ufcw401.ab.ca.