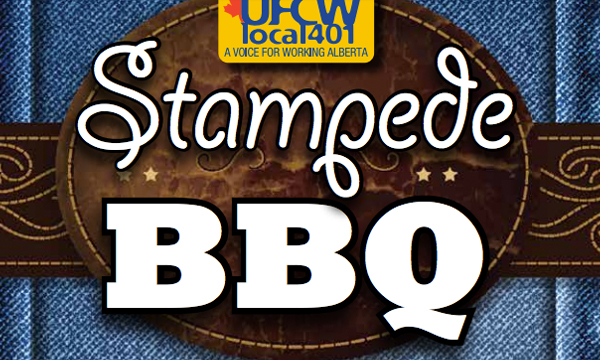 Members, their friends, family, and anyone else from the community who wanted to join us for some food, conversation, and sunshine were all invited to attend at UFCW 401’s 1st annual Stampede BBQ which was held at the Calgary 401 Members’ Centre on Thursday July 13th.

Event Organizers were thrilled with this first year’s turn out!

Though 150 people RSVP’d, there was double that in attendance! Even so, 401 President Douglas O’Halloran was up for the challenge and ensured there was plenty of food for everyone who turned up.

CDLC President and 401 member, Alex Shevalier was also able to spend the day with us.

Various individuals and companies donated prizes for the raffle, which raised money for Quest school in Calgary.  Between three Superstores (Signal Hill, Westwinds, and Seton) we were able to create 5 different gift baskets for the draws.  Natural Soap Works of Calgary also donated a beautiful basket of homemade soaps and other natural products.  And Rita O’Halloran donated a tasty basket of homemade preserves and wine.

Thanks to these donations we were able to raise $469.00 for Quest School.

We look forward to the 2nd Annual Stampede BBQ next year and we will see you then! 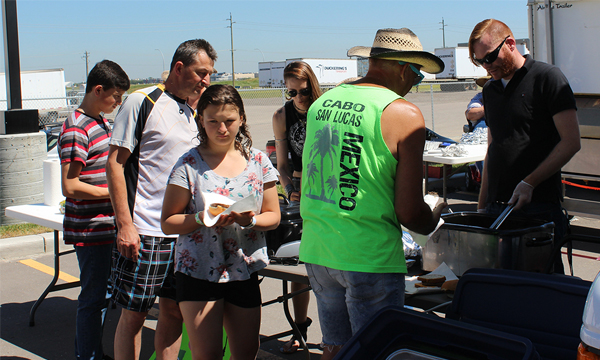 Plenty of food for everyone 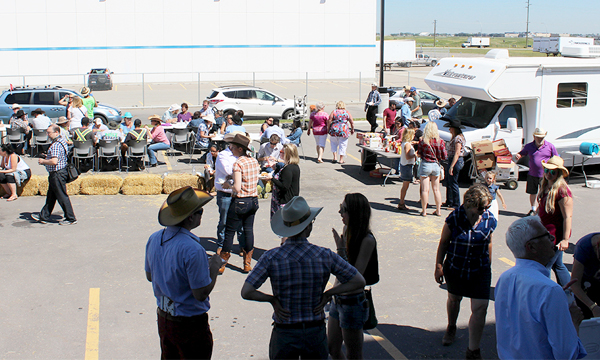 Lots of great conversation in the sunshine 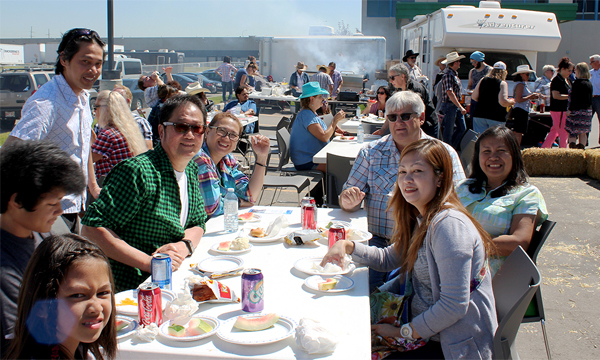 Smiles and full bellies were the order of the day 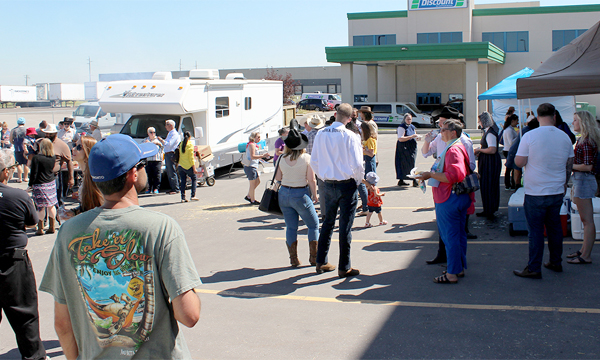 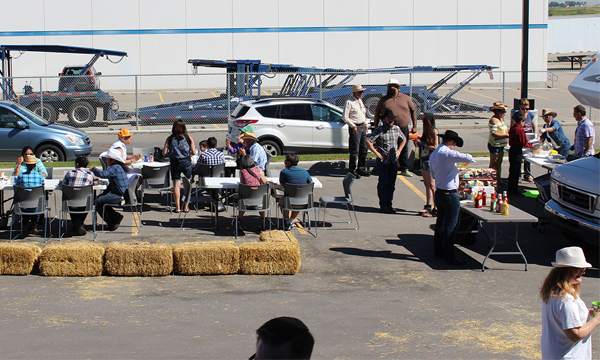 The weather even cooperated 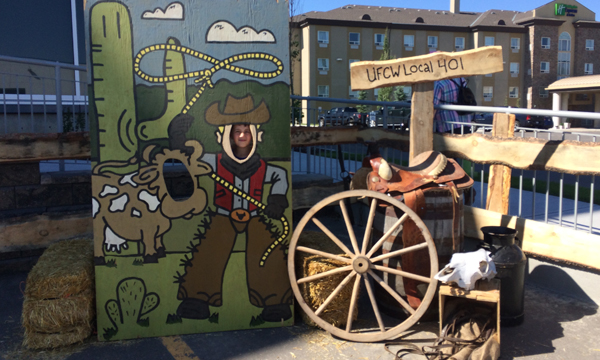 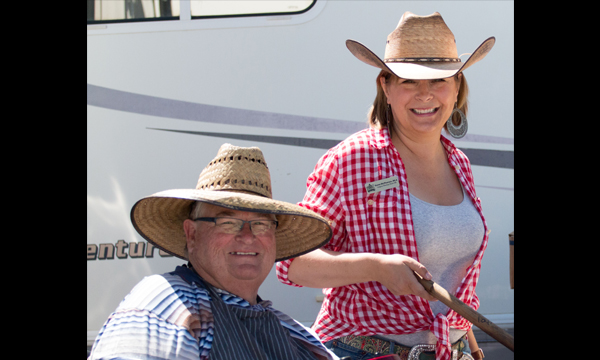 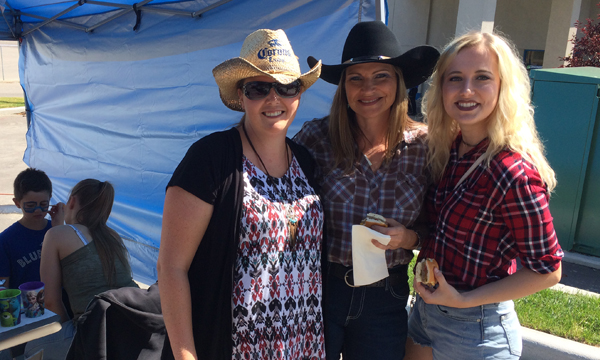 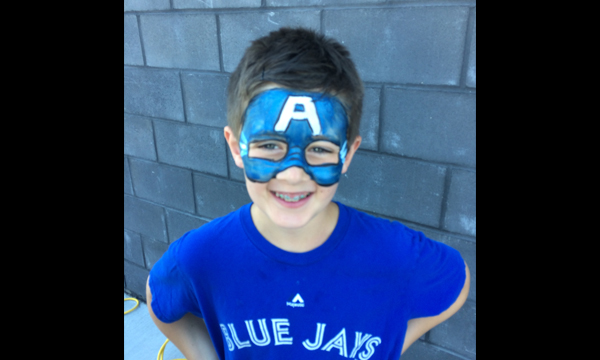 Face painters were on hand for any who wanted 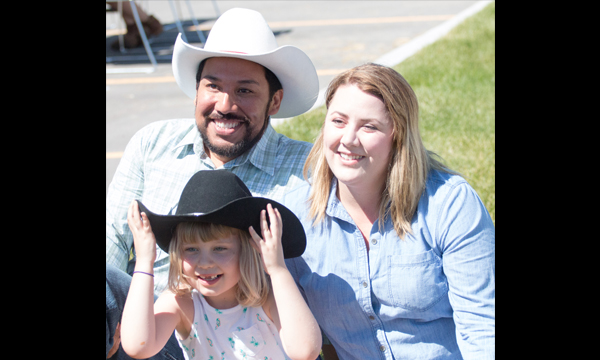 MLAs Ricardo Miranda and Deborah Drever came out for the festivities 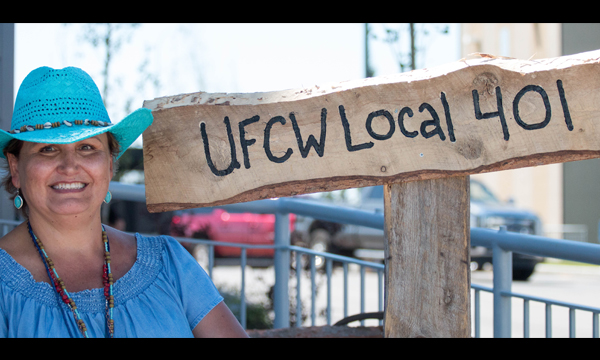 Loads of smiles to go around 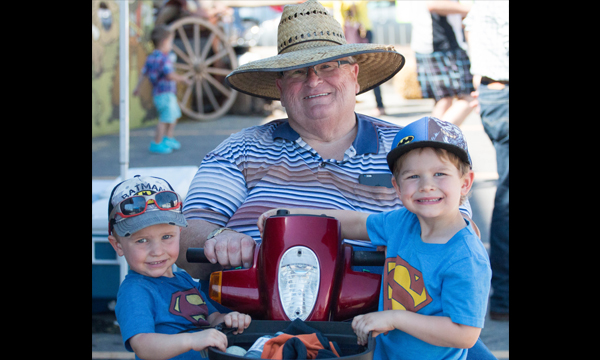