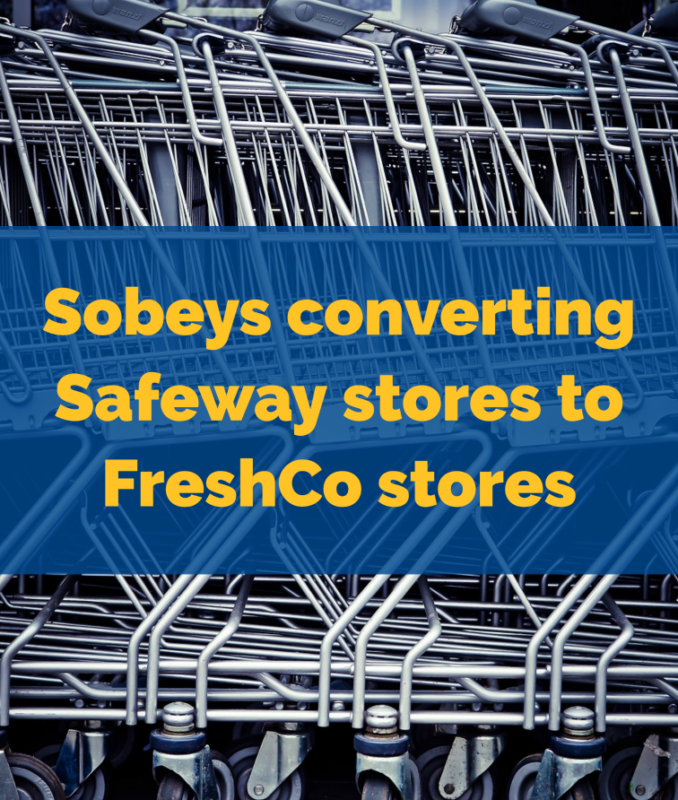 Union strongly opposes the plan and moves to support its members

UFCW Local 401 has recently learned that Sobeys is announcing the conversion of six unionized Safeway stores into FreshCo stores in Calgary and Edmonton. The union is expressing strong opposition to the announcement.

The affected stores include:

UFCW Local 401 President Thomas Hesse says that while Sobeys has been talking about its intention to convert stores for some time, he believes the timing is all wrong for this decision.

“Look, we know Sobeys has been intending to make this move for a while, but I don’t understand how they think now is the right time,” says Hesse. “These Safeway workers have gone above and beyond during one of the most challenging and stressful times I can recall the retail grocery industry facing. Piling these store conversions on is unnecessary, arrogant, and, frankly, unethical.”

Sobeys’ parent company, Empire Co. has reported record sales throughout the pandemic. UFCW Local 401 Secretary Treasurer Richelle Stewart points out that those sales wouldn’t be possible without the tremendous work of Safeway employees.

“Safeway workers have endured incredible uncertainty and stress to ensure their employer remains successful,” says Stewart. “Sobeys cancelled their pandemic pay while they continue to face worrying risks. How can they possibly justify adding this uncertainty right now?”
From a business perspective, the union is not convinced Sobeys’ decision makes for a sensible risk, nor a sound business plan.

“Customers want predictability,” says President Hesse. “These stores will be closed for months, forcing customers to shop elsewhere and further crowding other stores at a time when social distancing is so important to a safe shopping experience. Safeway is so successful right now – is this gamble really necessary?”

Hesse goes on to predict that the store closures associated with conversions could make customers angry and drive them to competitors, which he notes is in no one’s best interests.

Hesse and Stewart have committed to ensuring that union members in affected Safeway stores will receive enhanced representation and protection.

In 2020, the union was successful in bargaining contingency provisions addressing store conversions into the Safeway contract. Safeway union members voted to accept that contract by 90 percent.

“We knew we needed to get ahead of this issue,” says President Hesse. “Our union worked diligently to build contingency language into the Safeway contract so that union members would be taken care of in the event of store conversions.”

The provisions available to Safeway union members in the event of store conversions cover three areas:

“We want our Safeway members to know that their union will be there to support them through this stressful time,” says President Hesse. “We are assigning additional Union Labour Relations Officers and Walking Stewards to these stores, as well as committing substantial legal support to ensure our members are treated fairly by Sobeys.”

While the union strongly opposes Sobeys’ announcement, it expects that the Company will arrogantly follow through with its plans.

As such, work will begin immediately supporting affected Safeway union members to explore and understand their options and choose the right course of action for them and their families.

Safeway union members with questions about the announcement are encouraged to contact their Union Labour Relations Officer or their local union office for more information.