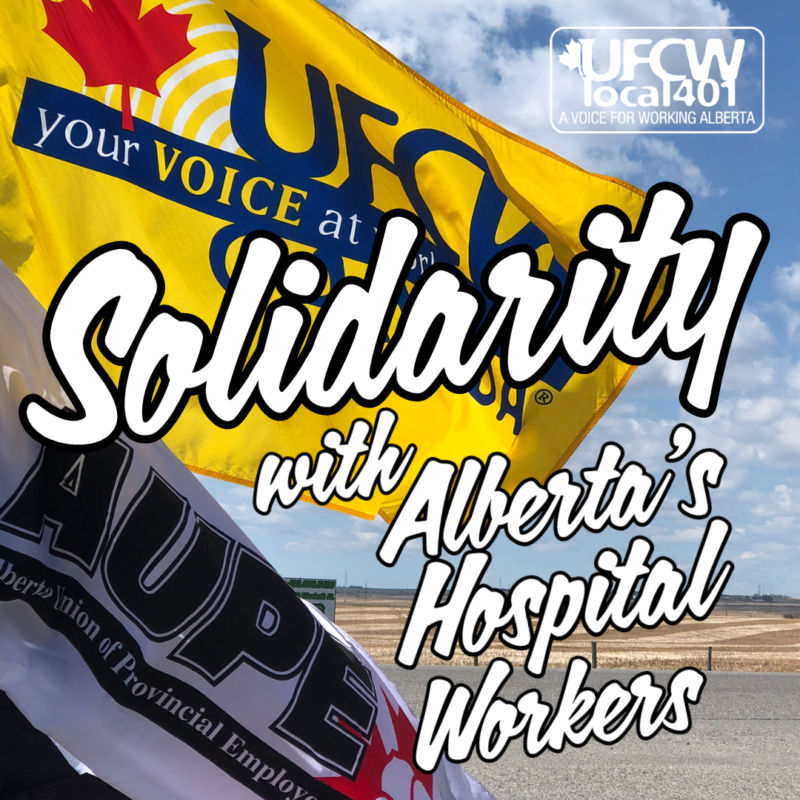 Solidarity is a two-way street: We understand the struggle of Alberta’s hospital workers

Edmonton, AB – Frontline hospital workers are taking action in protest against injustice and massive cuts to public healthcare that will impact all Albertans. As Alberta’s union for food workers, the struggle of frontline healthcare workers during this pandemic is a struggle with which we empathize and understand.

The right of workers to strike and withdraw labour in protest is the essential ingredient of a democratic society, and workers have always found ways of confronting injustice in the ways that they find most effective.

It has been reported that striking workers are calling for job security against the outsourcing of their jobs to the private sector, addressing short-staffing issues, stopping the privatization of Alberta’s public healthcare system, and no retaliation for taking a stand in defence of public healthcare.

Their demands are about protecting the public interest during the pandemic, and once again, we see workers courageously leading the charge.

The reality is that Alberta’s healthcare workers are trying to serve the public in an environment that is increasingly hostile to their very existence.

To engage in this form of protest is not a decision that is taken lightly, and we are certain that these workers are only doing what they must do because they have been pushed to the brink. Their protest will be met with solidarity from Canada’s labour movement.

We wish to express our solidarity with AUPE members, many of whom supported and were ready to stand with UFCW Local 401 members working at Safeway stores as we approached a labour dispute of our own with Sobeys earlier this year. We will also never forget the support our food processing members received from AUPE members who stood with us in our protest outside Cargill in High River in May of 2020.

Solidarity is a two-way street, and we stand together in our protest and struggle for a better Alberta. 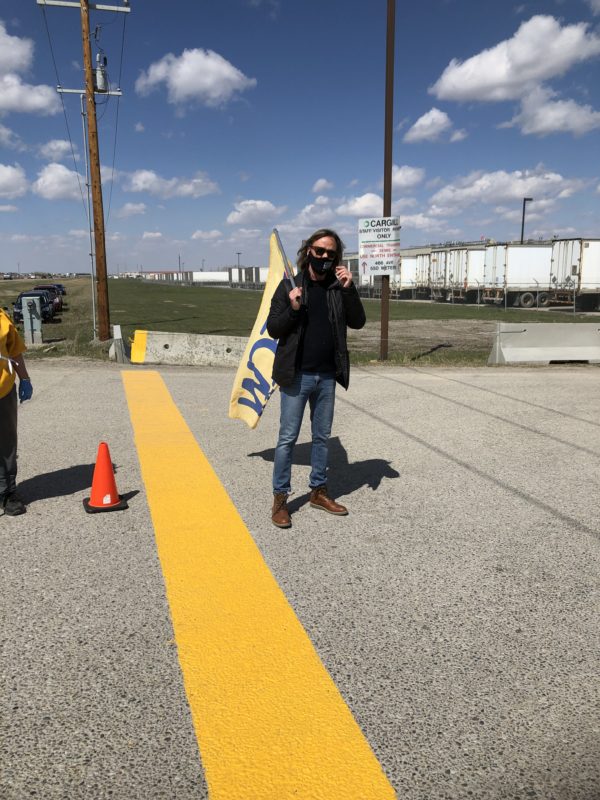 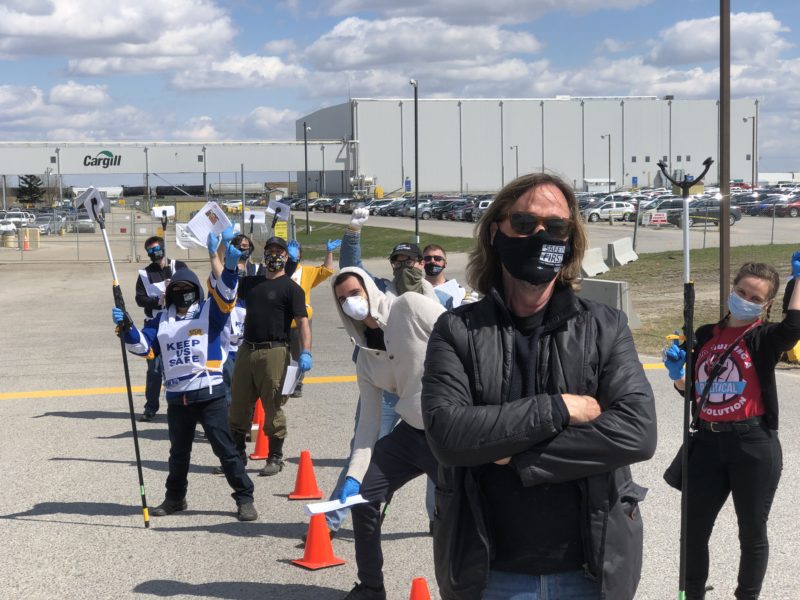