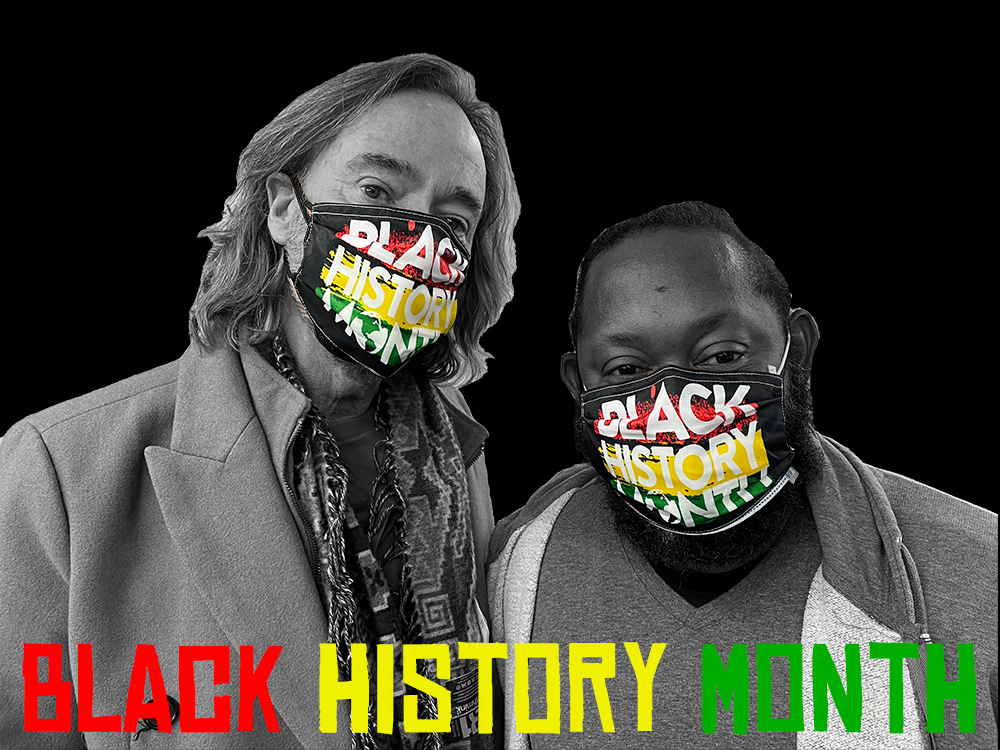 This year, the Government of Alberta chose January 21 to announce the theme for Black History Month celebrations – February forever: Celebrating Black History today and every day.

It was Lincoln Alexander Day in Canada. Alexander was the first Black Member of Parliament, Cabinet Minister, and first Black Lieutenant Governor of Ontario. He fought for racial equity in this country – a fight that our local union has been involved in, not only for Black persons in the province, but also for the BIPOC Community as a whole.

As we near the end of Black History Month, we have been reflecting on this important time and our union’s role in the celebration of Black history. While we could not be prouder to participate in that celebration, in many ways we recognize that it is a sobering opportunity.

In late May 2020, the world came to know the name George Floyd. The Black Lives Matter movement took on a global prominence, forcing us to confront the degree to which the fight for justice and racial equity is an ongoing struggle.

In the months that followed, the entire world was rocked by fierce protests as the discrimination BIPOC persons endure every single day took center stage. But the truth of the matter is that we shouldn’t have been rocked at all.

It is, in fact, a sad indictment of the ways in which many of us have complicitly ignored this pressing issue that we were as surprised by the anger we witnessed as we were.

The Black Lives Matter movement was not new. Started in 2013 by Black Activists Alicia Garza, Patrisse Cullors, and Opal Tometi, the movement was a response to the acquittal of Trayvon Martin’s murderer, George Zimmerman.

The movement’s official site https://blacklivesmatter.com catalogues in grim detail the fact that, for all the attention it received, George Floyd’s death at the hands of police officers in Minneapolis, Minnesota was a daily occurrence for BIPOC peoples across the world. What is perhaps shocking is that it took as long as it did for the rest of us to stop and pay attention.

Following Floyd’s death, many individuals and groups vowed to finally push toward righting these wrongs. We swore that this time was different and that we would commit to engaging in the work of seeking justice for BIPOC persons and real racial equity.

Social media profiles went black. Corporations made solemn oaths to change their ways. We mouthed quotes by great leaders, such as Martin Luther King Jr.’s famous, “The moral arc of the universe is long, but it bends toward justice.”

Important words. But as we look around us, we can’t help but wonder what our recitations really amounted to.

Where is the commitment we so vociferously pledged to that work just over a year ago? Have we really done the heavy lifting we were so adamant we would do? Have we collectively contributed to fundamentally improving the lives of BIPOC persons in that time?

“The last eighteen months has been nothing if not tumultuous,” said Secretary Treasurer Richelle Stewart. “But, a promise is a promise – and we believe that promises, like Black Lives, matter.”

The promise to work toward greater social justice and racial equity is one that our union takes to heart. Black History Month brings into focus discrimination and inequities facing not only Black individuals but the BIPOC community in general.

For example, in February, we concluded negotiations for our JBS meatpacking members in Brooks. We were proud to present those members with an offer from the Company that exceeded the gains we realized at Cargill last year. But getting to that point included some exceptionally challenging moments.

A major theme in our negotiations was dignity and respect. JBS union members have endured intolerable discrimination from bad JBS bosses. Acknowledging and effectively addressing that unacceptable behaviour was a major goal for our Bargaining Committee, and one we thankfully achieved.

In many instances, that discrimination was racially motivated.

One of the most powerful moments in bargaining was listening to members of our Bargaining Committee, like Felix Ramirez (pictured above), share gut-wrenching stories of abuse with Company officials. We strongly believe that speaking truth to power is a vital element of seeking justice and building better workplaces and a better world. Those opportunities simply do not emerge in non-unionized environments.

“At its best, our union is an avenue to amplify the voices of our members who, all too often, go unheard,” said President Thomas Hesse. “Every day, we aim to give our members, particularly our BIPOC members, a voice in their workplaces and in the world. Having the opportunity to hear them speak their truth, like we did during JBS bargaining, is a tremendous privilege and always deeply powerful.”

So, as we celebrate Black History Month, let us also take a moment to remember that building a better world is daily work. It isn’t something we do for a few months and then move onto other things. It isn’t a fad.

The work of building a better, more just, and more equitable world is not flashy, exciting, or even particularly rewarding, at least in the short term.

The cancer of racial injustice is systemic, it is persistent, and it is longstanding. The work of challenging it is a day-to-day grind that will often leave you spent and deflated.

Nonetheless, that work is vital. To be achievable, we all must locate the crucial role we have to play in moving the work forward. It is work to which our union has unequivocally recommitted itself during this year’s Black History Month and subsequent months.

“The struggle for social justice for members of the BIPOC Community will continue to be a herculean task unless it is linked with the overall fight of the Labour Movement,” concluded Union Labour Relations Officer Sam Nuako.

We hope that you’ll join us and our more than 32,000 members in that renewed commitment.