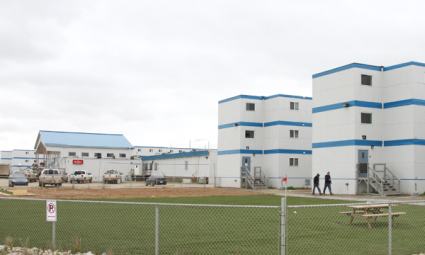 The Athabasca Lodge – A Moving Target

The Athabasca Lodge is reopening. On March 11, 2015 the union was notified by Civeo about ten minutes before the call back started to the Athabasca Lodge. The union has been told that there will be a recall of 16 or 17 members, for a short term contract with Shell.

To say that the contracts at all the Buffalo Metis Catering Lodges (Athabasca, Wapasu, Henday, Conklin and the Beaver River Executive Lodge) are in constant flux would be an understatement. In the last week we have seen layoffs and recalls at Wapasu, we have seen a recall cancelled and started again at Athabasca, and room numbers at Henday are not good.

UFCW Local 401 met with Civeo on Tuesday March 10, 2015 to discuss the possible extension of recall rights. We have another meeting scheduled for next week.

The union is working with Civeo to keep members as well informed as possible. The reality is that “the Client” is in complete control in the today’s Oil Sands Environment and no contract is certain until they walk in the door. The members at the Athabasca and Wapasu Lodges have been victims of this for the last few weeks, recall today, layoff tomorrow.

The union is working hard to keep the website as up to date as possible. We are not reporting on speculation or possible contract. We are only reporting what we know to be certain. Please contact your Union Representative in the Fort McMurray office if you have any questions at 780-743-4190.