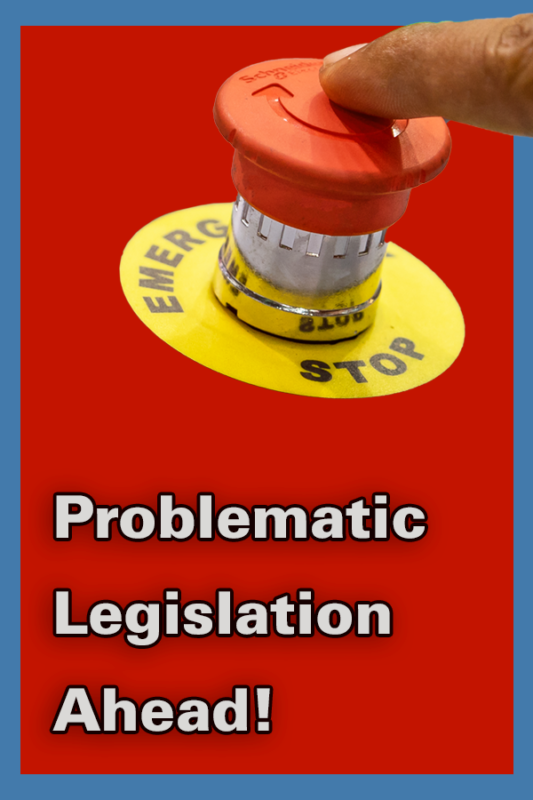 THE BILL-47 IMPACT: On Albertans, WCB, and OHS

The Albertan UCP Government used its majority powers to shut down debate and introduce Bill 47 -the Occupational Health and Safety (OHS) Act.

This Government has stated that the proposed Act will “eliminate duplication and simplify language to make OHS laws easier to understand and follow, resulting in healthier and safer workplaces and supporting investment attraction and job creation.”

It’s hard to follow the logic that led them to conclude that this amended legislation will create healthier and safer workplaces or job creation.

When the previous government enacted Bill 30 in September 2018, it followed more than a years’ worth of stakeholder engagement. In contrast, in August of this year, the UCP allowed written submissions to be received for approximately two weeks. Bill 47 rescinds the majority of changes implemented in Bill 30. It has reset the compensation system to what we were working with four years ago.

Some notable changes include:

“Bill 47 decreases worker’s compensation benefits to all injured workers in Alberta in areas including job security, health care, and compensation pay,” explained UFCW Local 401 WCB Advocate Steve Westcott. “Mr. Kenny has given these benefits to the employer on the backs of hard-working Albertans’.”

Though uncommon in Alberta, the refusal of unsafe work saves lives. During the Cargill COVID outbreak, workers made excellent and appropriate use of the right to refuse.

“A number of our members have passed away because of COVID-19,” UFCW 401 Coordinator Devin Yeager told Global News during an interview. “We don’t know, what’s going to happen in five years, ten years, what the long-term effects are going to be on people’s health.”

And that is part of why it is so disconcerting that Bill 47 now will restrict workers’ ability to refuse unsafe work. Making it difficult for them to resist, thereby weakening retaliation safeguards. Amongst many other troubling changes to the right to refuse include:

During the last governments’ tenure, the government had altered the OHS Act to improve employees’ ability to refuse unsafe work and start the requirement of joint health and safety committees (JHSC’s). A long-overdue measure as Alberta was the last Canadian province to require JHSC’s.

The firsthand nature of employee knowledge offers safer worksites, a feature that is made real through joint committees. Workers’ safety priorities, often different from their employers, mean joint committees give workers a much-needed voice.

That’s why the changes brought by Bill 47 are so dangerous, some of which include:

Altogether, it’s easy to see why in most labour advocates’ judgment, Bill 47 outlines a shocking rollback for worker safety. These changes will result in more injuries and deaths in our province.