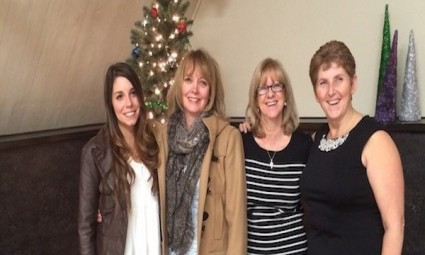 The Gift of Solidarity at Calgary Quest School!

We have great cause to celebrate the recent news of a new Union Contract won for the employees of Quest Calgary School! There will be no strike or lockout for teachers or students at Quest. Quest management and their Executive Board have ratified the Collective Bargaining Agreement; it’s a done deal!

Individuality is important, especially in education. We are all different and we bring unique perspectives and behaviours to the world. Indeed, no one knows this fact better than the staff at Quest School who work with students with special needs and craft their behaviours around the individual needs of students every day.

And while it is important to respect individual needs, sometimes you need to act collectively to make change. Earlier this year, a collective of Quest staff contacted UFCW Local 401 for advice and assistance to improve their working conditions. The Quest staff selected UFCW Local 401 as their union of choice, and found support through our collective resources to begin the difficult process of improving their workplace.

Late in the summer, Quest staff voted to strike. A large collective of the employees indicated they were prepared to take group action to ensure they had sufficient leverage to negotiate fair terms and conditions of employment for everyone at Quest. This group put Quest on the map for the Alberta Government and policy makers. One individual could not have gotten this type of attention alone, but the collective effort ultimately assured Government intervention through the introduction of the Disputes Inquiry Board (DIB) process.

The strength of the Quest union community grew. Staff pulled together to support their bargaining committee and to convince the DIB that a fair contract was necessary. Quest Parents had also been acting collectively, looking for the school to become more transparent and to take more action to ensure that everyone was treated with dignity and respect.

The achievement of a new Union Contract truly reflects the gift that the staff of Quest School has given to each other. This gift is solidarity. The arguments were tough, there were differences expressed, and some hard feelings, but ultimately Quest staff came to share a new perspective and a common purpose. Eighty-eight percent of Quest staff voted in favour of the new Union Contract.

“It is always a pleasure to help employees who have this kind of passion for their work,” said UFCW Local 401 Executive Director of Labour Relations Tom Hesse. “This was an interesting situation, the staff of Quest just wanted to focus on the students and they couldn’t do that when they felt they were walking on egg shells all the time,” said Hesse.

“It is dedicated workers like these that gives me the drive to make this my life’s work. I see workers everyday fighting for respect and dignity over wages and benefits,” said UFCW Local 401 Union Organizer Joe Irving, who worked tirelessly on the Quest campaign alongside Mr. Hesse.

From the President, Secretary-Treasurer, the Executive Board, and all staff at UFCW Local 401, we congratulate you on your new Union Contract, and wish you a happy and joyous season! The union looks forward to working with Quest staff to breathe new and positive life into workplace relations at Quest school. We would also like to thank the leadership at Quest school, in management and on the Executive Board, for enabling a positive conclusion to this process. In addition, we would like to thank those parents who made real efforts to have their voices heard, and who supported the concept of sensible collective bargaining at Quest school from the very beginning. Congratulations and welcome to our union family! 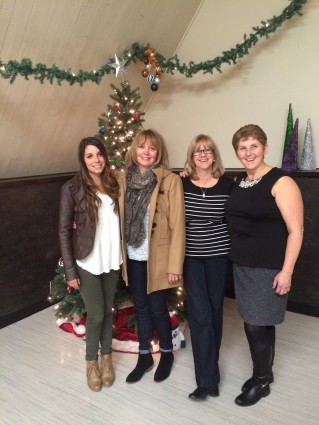