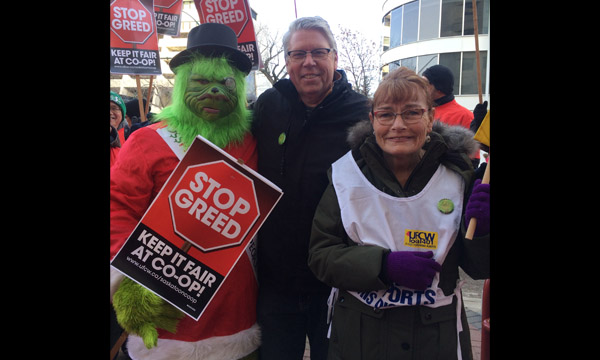 Our Saskatchewan sisters and brothers have been on strike since November 1stand are determined to stand up to this profitable co-op who are insisting on a concessionary wage scale for new employees.

Also on hand to address those gathered were Saskatchewan Federation of Labour President Lori Johb and Kelly Harrington from the Saskatoon District Labour Council.  Additional words of support and encouragement from Saskatchewan NDP leader Ryan Melli were greatly appreciated.

Along with 15 staff members from our Local, Theresa McLaren also brought Christmas greetings and words of support on behalf of the nearly 32,000 401 members from Alberta.  Theresa pledged $50 for every striking worker to help them have a lovely Christmas and holiday season.

Other unions such as the Teamsters and SEIU were also in attendance to offer their support.

Over 20 Co-op locations are affected, which includes stand alone gas bars, retail grocery stores with gas bars, and hardware stores.  We are thrilled to report that store locations are on reduced hours due to the incredible public support!

401 staff and leadership also visited the picket line yesterday upon arriving in town for today’s rally.  We’re happy to report that picketers on all three lines they visited were solid in their commitment to win this strike and were in good spirits.

All the best to our sisters and brothers at UFCW 1400!  We join with the Grinch and stand with you! 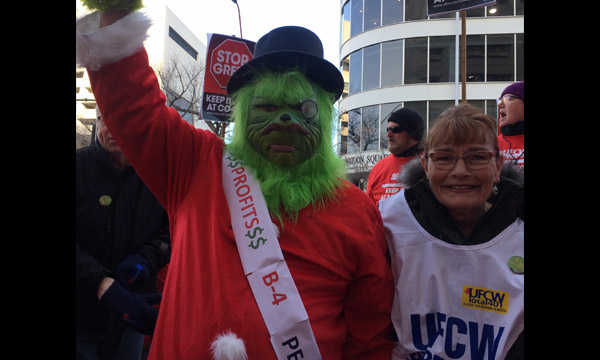 The Grinch, pictured here with Theresa, is VERY grinchy with the Saskatoon Co-op! 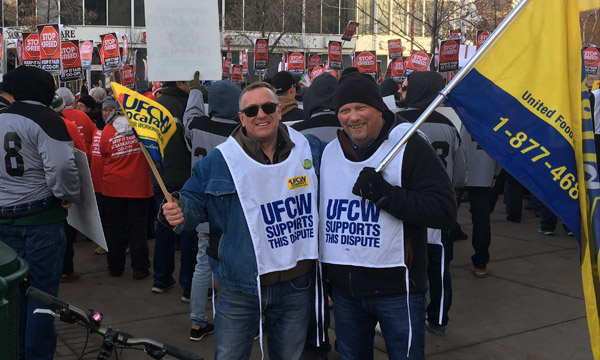 401's own David & Kevin supporting our sisters and brothers 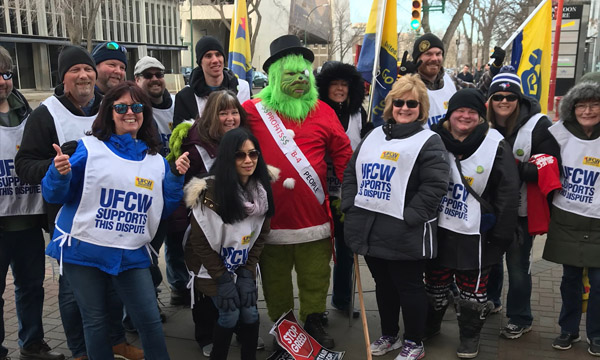 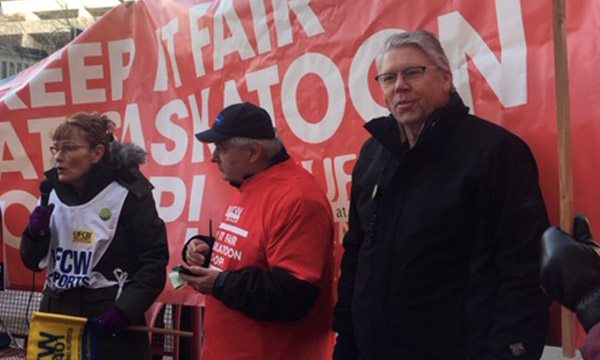 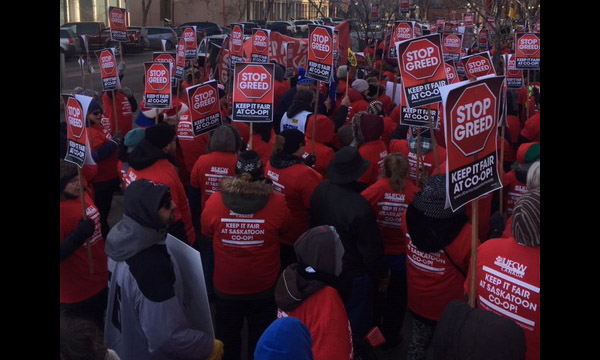 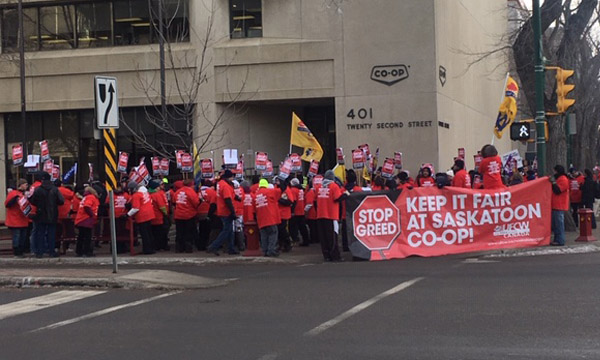 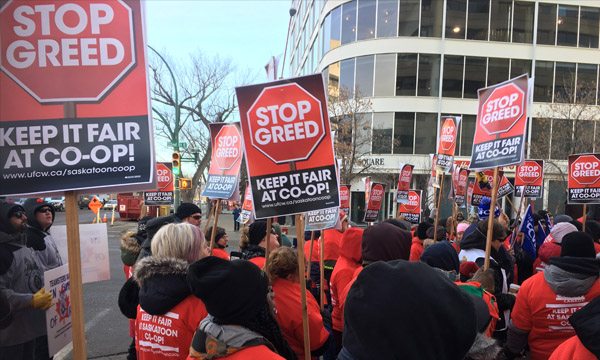 A bit of cold weather never deters these fine folk