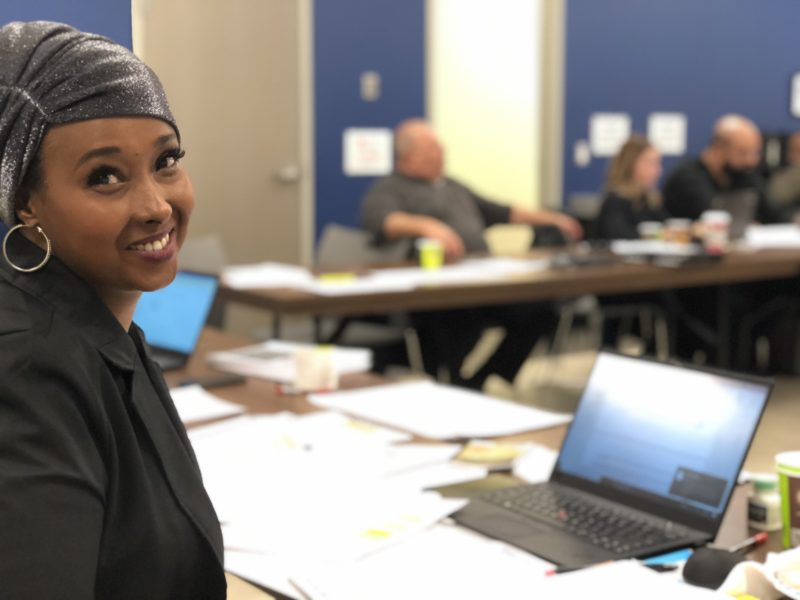 December 16, 2019 – Calgary, AB. Representatives of the United Food and Commercial Workers (UFCW) Local 401 from across Alberta met in Calgary this week to discuss the formation of a new Local 401 council. The purpose of the group is to share knowledge and experiences and coordinate activism across Local 401 workplaces in the food processing, packing, and manufacturing industries.

Chaired by UFCW Local 401 Representatives, Faduma Ahmed and Devin Yeager, the UFCW Local 401 Food Processing, Packing, and Manufacturing (FPPM) Council will soon expand its composition to include member-leaders from across the Local’s industrial sectors, which currently represents roughly one-third of its membership.

Pride in our work

UFCW was born out of the merger of the Retail Clerks and the Amalgamated Meat Cutters in 1979, which brought together two key components of the food industry value chain, creating a new kind of labour militancy that united meatpacking plants with retail stores.

UFCW Local 401, and its predecessor locals, has been at the forefront of labour activism in Alberta, with the most notable labour struggles at Fletchers and Gainers in 1986 and at Lakeside Packers (now owned by JBS) in Brooks throughout the 1990s and 2000s. These struggles are widely regarded as cornerstones of Alberta’s labour history.

“From farm to table, UFCW members proudly serve and provide food security to Canadians,” said UFCW Local 401 President, Tom Hesse. “Together, we have fought to ensure these difficult jobs are also good jobs with decent wages, benefits, and dignity and respect.”

“We know that our efforts towards greater coordination will help to invigorate an even stronger sense of member militancy, which will, in turn, enable and inspire activism across our union to win even better union contracts and better job protections for workers everywhere.”

The group discussed the importance of implementing an organizing mentality, where member activism is the driving force behind dealing with workplace issues. At least in part, this involves finding ways to resolve issues in unconventional ways. Members should be involved in getting results and should know about our significant collective wins.

UFCW Local 401 Secretary-Treasurer, Richelle Stewart, emphasized the importance of raising the voices and presence of Local 401 food processing members so as to inspire member activism and challenge aggressive employers at the bargaining table and beyond.

“We need to face challenges from companies with the solidarity and strength of our members,” remarked Stewart. “And that means coordinating ourselves and organizing across various plants of the same employer and across industries. This council will be all about that.”

We are the food workers’ union

Participants also emphasized the need to broaden and expand our approach to research on industry trends and changes as well as strategies that work in winning real material gains for our members.

“Among our union representatives and shop stewards, we have a significant base of knowledge,” said President Hesse. “That is a resource we can intentionally channel to win more at the bargaining table and every day in the workplace.”

“Ultimately, our members should feel a sense of pride in the work they do in bringing food to the tables of Albertans,” said Hesse. “They should be proud to be part of Local 401’s history, present, and future.”

“As the food workers’ union, we can help to bring forward that sense of pride, and with that pride, a stronger sense of solidarity and unity.”