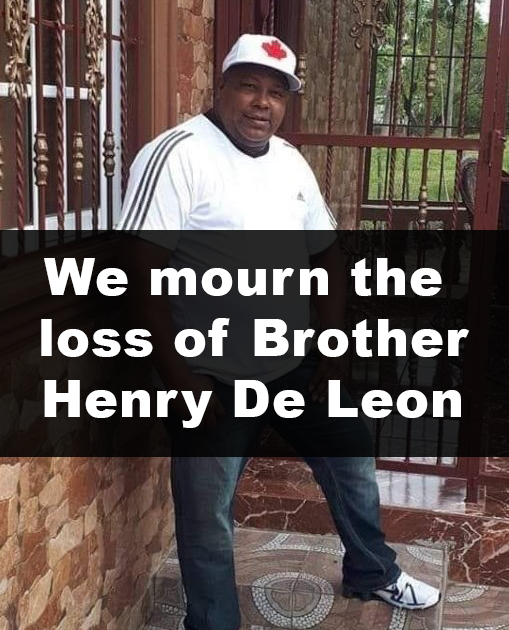 It is with great sadness that UFCW Local 401 announces and grieves the death of our Olymel Union Brother, Henry De Leon.

Henry was a kind, positive, and outgoing person who began working at the Olymel Red Deer Plant in December of 2005. Henry never passed up the opportunity to help someone out, inevitably with a bright and sunny smile on his face. A hard worker who always gave one hundred percent, Henry enjoyed working at the Red Deer Plant and never missed a day if he could help it.

De Leon is the second Olymel worker at the Red Deer Plant to succumb to COVID-19.

“I’m heartbroken and frankly enraged,” said UFCW Local 401 President Thomas Hesse. “We’d made ongoing demands for a temporary closure of this Plant to ensure everyone’s safety. Instead, the Company sat on its hands and did little or nothing. Now we’re grieving a second death that might have been prevented.”

The union is in the process of investigating the circumstances around the death. But early details indicate that De Leon contracted COVID-19 shortly after UFCW Local 401 initially proposed a temporary closure in ongoing meetings with the Company. De Leon passed away of complications related to COVID-19 on February 24, 2021 after a lengthy battle in the hospital.

“We meant it when we said that we didn’t want this to turn into another Cargill,” said Secretary Treasurer Richelle Stewart. “Our union has lived through this horror before. We know the early warning signs. We tried to get anyone we could to listen. But here we are again, and I’m left wondering: when will big corporations and the Government of Alberta learn?”

Brother Henry De Leon is survived by his wife, two grown children, and two grandchildren. Friends described Henry as a good husband, father, and grandfather, a good friend, and a good man. De Leon came to Canada as a foreign worker from the Dominican Republic approximately 16 years ago.

UFCW Local 401 is working to support Brother De Leon’s family in the face of this preventable tragedy and mourns the loss of our friend and brother.