UFCW 401 has a diverse membership of nearly 27,000 members. And among this diversity of people, backgrounds, ethnicity, and workplaces, there also lies an incredible diversity of talent.

Clint is a local artist whose passion for animation and creating interesting characters emerges from his experiences and influences in daily life around him. When he’s not working at the Safeway Gas Bar in Camrose, Clint can be found making his creations for all of us to enjoy.

Having no formal training, Clint’s natural talent for animation is quite awe inspiring. When asked how he comes up with his characters and ideas, he says that he is inspired by everything that he sees around him each day and, in fact, almost everything he sees makes an impact in his drawings.

Now we’d like you to hear from Clint himself.

I was born in Camrose, Alberta, and where I still reside. My passion for drawing began at a young age when my mother exposed me to animated Disney movies. I was so amazed by what I saw over the years and I said to myself, “I want to do stuff like this one day”. Though I have done very little animation so far in my life, I have done many drawings in hopes to better myself as an artist. Throughout my school years, my friends, teachers, and family have encouraged me to pursue a career in drawing. My goal is to get my original ideas exposed to the world and hopefully make them into animated features for everyone to enjoy.

While I toyed with many ideas in my early days, the first one that really stuck was Iggie & Friends. A comic series about a young, spiky-haired boy named Iggie who always got into trouble. I started drawing Iggie in 2001 and out of all my ideas, Iggie has become the most recognizable among my true fans; friends and family.

Iggie finally hit the spotlight in 2010 when the comic premiered in The Camrose Canadian, a local newspaper. It ran for 3 years. After Iggie’s run I decided to take a break from the comic and move on to other ideas. The result was numerous comics and characters that I still draw for a small but loyal fan base on Deviantart.com and my Facebook page.

A few of these ideas include Paradise Island – the life and times of a wombat named Wallace, stranded on a desert island in the middle of the Bermuda Triangle. The Sleaze Boys – a trio of vile animals who cause all sorts of trouble. Space Panther – a heroic panther who protects the cosmos from evil. Sid the Caveman – a highly intelligent caveman whose inventions always go haywire. And Emilio Mendez – a charismatic con-man of all trades.

Clint, thank you so much for sharing your work with us and now with many more of your fellow 401 members. We wish you the very best in your future endeavours and we simply ask that when you become famous for your fabulous characters that you continue to keep in touch. Perhaps a savvy and humorous character that fights for fairness in the workplace is in the hopper? Just a friendly suggestion from your friends and Local 401. 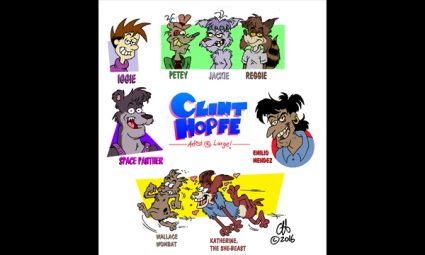 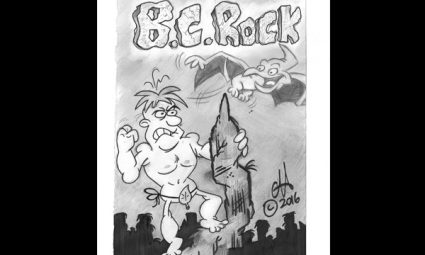 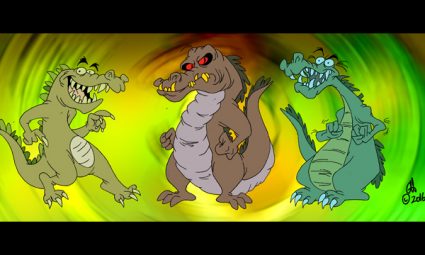 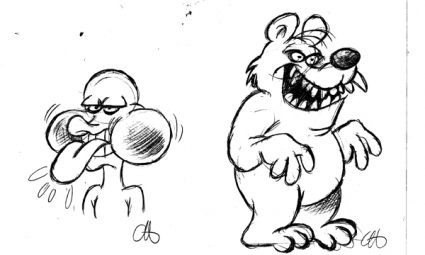 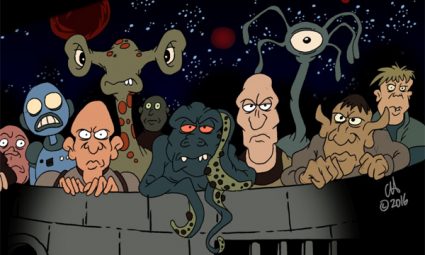 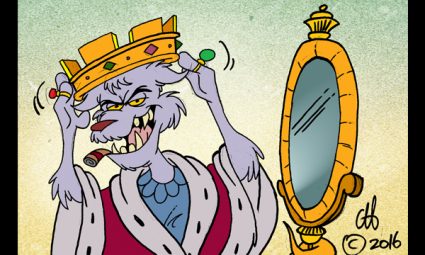 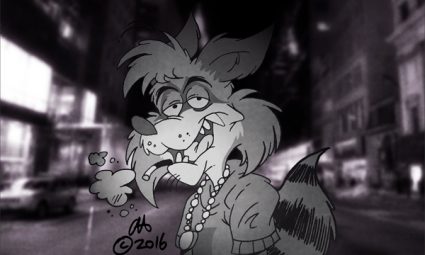 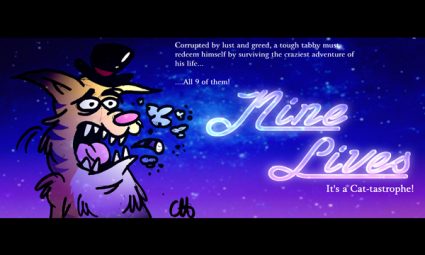 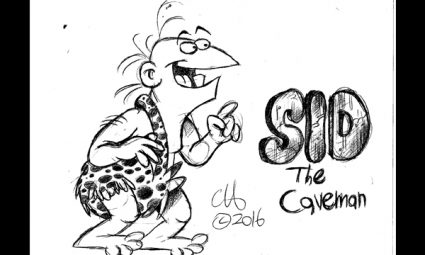