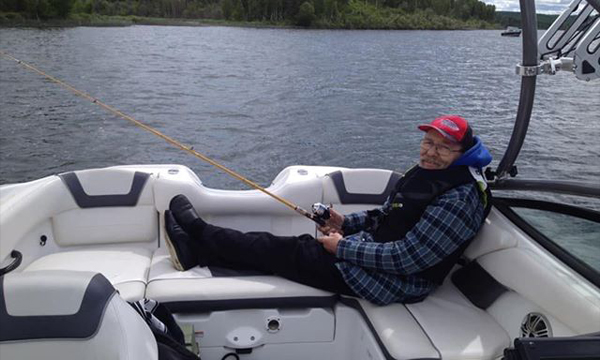 It is with a great collective sadness that we say our goodbyes to a decades long UFCW 401 member, activist, and former Organizer and Secretary Treasurer with UFCW Local 401.

Lance Hardie became a member of The Retail Clerks Union, the predecessor to UFCW, in December 1958 as a grocery store worker. He was hired on with the union in August 1970 where he continued helping his fellow union members.

During his time on staff, Lance served for a short period of time as the Local’s Secretary Treasurer, later becoming the Director of Organizing. Lance exceled in this role as he helped workers find their collective voice against difficult and oftentimes greedy employers who only wanted their workers to “put up and shut up”. He personally signed up hundreds of workers in his day to join the union so that they could have hope for a better life for themselves and their families. Serving working people was one of Lance’s great passions and we are all better from having had him on our side in the fight for fairness and equity.

For those of us who were fortunate enough to know and work with Lance before his retirement in January 2001, we can all attest to how much his larger than life presence was missed in the office up on his exit. While he didn’t spend much time in the office because he was on the road all over Alberta in his efforts to help people secure union representation, the hole he left would only be filled when he would pop in to visit his union sisters and brothers. His visits to the office were always welcomed and punctuated with smiles and laughter, which permeated the room each and every time.

“I remember Lance as a spirited trade unionist and a gentleman of considerable character. His nickname was “Cowboy” and he was one of few that could bridge Alberta’s culture of rugged individualism with a collectivism of trade union values,” 401 President Thomas Hesse recalls fondly.

Lance was known for having a love of nature and one of his favourite ways to unwind from the demands of a job that often kept him away from home, was to get in his fishing boat and take in the beauty around him. He was happiest with his family and in his boat, fishing and taking in the peace and quiet his surroundings gave him.

Lance adored his wife, his children, and grandchildren. He loved spending time with them and, of course, his puppies. Lance’s apparent tough exterior and deep booming voice betrayed his gentle warmth. He was a no-nonsense guy, but he exuded humour and kindness to all who knew him. He had an easy way of connecting with people and talking to them in an honest and open manner, putting those he interacted with at ease right away. This, and for many other reasons, is why he made such a great organizer for our union – the first face workers would often see upon joining UFCW.

“Lance was a good man and a significant contributor to our Local and the labour movement,” Hesse shares.

Our hearts are with his loved ones during this devastating time as they navigate a world without him; we share in your loss and pain. Lance will be missed dearly and we are all better and stronger people for having had him in our lives all these years.