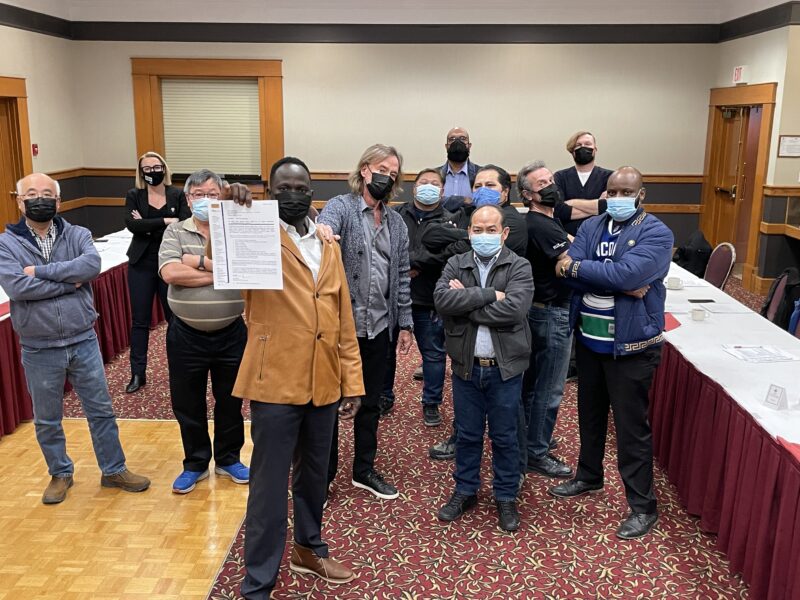 Today, the Union’s Bargaining Committee from the Sobeys Refrigerated Warehouse in Calgary told the Company they were sick of corporate greed. The Committee served strike notice, which is required under Alberta law before a strike commences.

Joined by President Thomas Hesse, the Committee demanded a fair offer and made it clear they would go on strike if one wasn’t presented. Union lawyers continue proceedings at the Alberta Labour Relations Board to allow picketing in front of Safeway, Sobeys, and FreshCo stores in Alberta.

“This will be a highly visible strike,” said UFCW Local 401 President Thomas Hesse. “We’ll be asking Sobeys customers and the public to join us in fighting inflation and corporate greed. Our additional goal is to set the tone for Safeway negotiations later this year and for all future negotiations.”