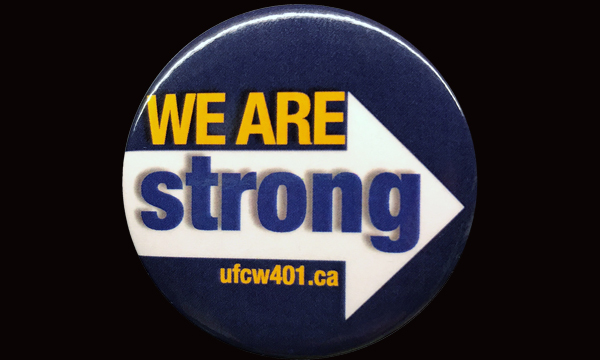 Sobeys Has Forgotten Who Matters Most in its Business…

UFCW Local 401 is very troubled by Sobeys’ recent business announcement. Among other things, Sobeys says they’re looking to convert a significant number of Safeway stores into a format called FreshCo.

It is well documented that the billionaire Sobeys family completely fumbled and bungled their takeover of Safeway in Western Canada. Since our last Union Contract was negotiated, they have turned Safeway upside down and into an entirely different business. Of considerable significance was the very rapid change in the product line that was so popular with Safeway customers. Also disturbing was the elimination of Safeway’s loyalty program. Hours were cut for staff who had to defend the changes in their stores while corporate executives in Nova Scotia and the Sobeys family sat comfortably in their plush offices. Safeway union members are reporting all time lows in staff morale and record highs in staff anxiety.

Yet Sobeys somehow expects these very same employees to save their business from the mistakes that Sobeys executives have made.

Just as we are coming out of a downturn in the Alberta economy, and immediately prior to Christmas, Sobeys is announcing that Safeway employees face a deeply disturbing future in their employment relationship with the company. Sobeys has announced a plan for massive conversions of stores into FreshCo formats. A FreshCo store does not in any way resemble a Safeway business configuration.

We have been researching FreshCo for a while. It is a banner that exists, to the best of our current knowledge, only in Ontario. There are a large number of FeshCo stores there. They are typically older conventional grocery stores that have failed. They have been converted into something that feels like a No Frills store, which are operated by Loblaws. The prices are rock bottom; meat and bakery products are pre-packaged; customer service is bare bones; you have to bag your own groceries. These are stores where skids of product are dropped on the sales floor with little or no attention to presentation.

The stores are typically, if not universally, franchised. Franchisees have limited economic means and are under the thumb of the Sobeys family who enjoy the wealth but offload much of the risk onto the franchisee. Only 4 Ontario FreshCo stores are unionized. Union contract standards are eroded and the union has limited bargaining power with economically strapped franchisees, who are themselves under Sobeys corporate rule.

But Sobeys has truly ignored its staff and sneered at their importance through all of this. The thousands of employees who have made the company a success are not being consulted. Nor is the union that they’ve had for decades. Secret dealings of Sobeys bosses are later announced, blindsiding and shocking everyone. Store conversions, layoffs, closures, franchising, rebranding, and union busting are all issues they have put in our minds, and Sobeys’ lack of transparency has made it impossible to feel positive about Sobeys.

Customers have agreed and the stock market is not optimistic about Sobeys either. But the most important point to be made is that Sobeys has horrified its own employees at a time when they need them more than ever. What kind of a business does that?

At union meetings held throughout this year, union officials have warned about Sobeys and UFCW Local 401 has laid out a plan that anticipates what we are seeing. Job security and the preservation of decent union jobs have become key issues. Anxious and fearful, Safeway employees have been engaged but cautious and a bit standoffish. This is understandable given the economic environment and the anxiety having been generated by Sobeys management. After all, Sobeys signs the paycheques of their employees, the union does not. Nonetheless, union negotiators have said that union members must form an army to effectively fight this job security war.

It is certainly time to step up and join the labour movement!

Safeway employees are union members but being part of the labour movement is something much bigger and something different. In circumstances like this, employees can turn on each other and their union and lose solidarity. The company can divide and conquer. In the labour movement we act with strength and unity and in solidarity with our union. We urge you to take a deep breath and put your “We Are Strong” button on.

We are in the final stages of preparation for union negotiations with the company.

We all know that no grocery store, no Safeway, Sobeys, or FreshCo can or will operate if all the employees don’t show up for work. We also know that these businesses will not operate if no customers shop there. Sobeys can create an environment of fear and intimidation but Safeway employees and their union also have methods available to them to resist this bullying. Sometimes you will see protesting workers chanting, “no contract, no peace”. Sobeys will not be allowed to rollover Safeway employees smoothly and without interruption. Their business plan is faulted because they have not considered union members and their willpower. Even with their arrogance, surely Sobeys management knows that loyal and hardworking employees are critical to the success of their business.

Unfortunately, Sobeys really has forgotten its employees. The employees, through their union, should be approached honestly and transparently by the company. There should be dialogue, consultation, negotiation, and clear and honest consideration of your job security and respect for your hard work. A $10 gift card accompanied by an announcement that threatens your job will only be met with anger.

Safeway employees have already told us that 91% of them will strike if they have to.