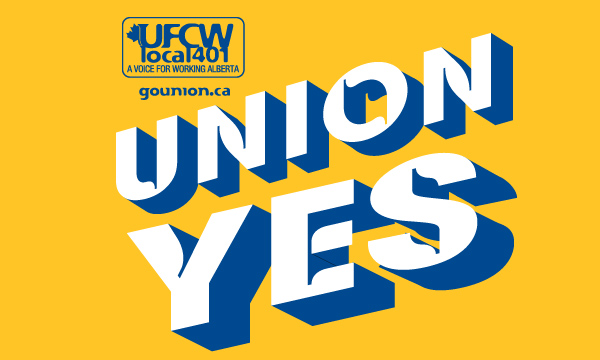 Calgary, AB – November 8, 2018. Employees at Vision Loss Rehabilitation Alberta have recently joined UFCW Local 401. After a province-wide organizing effort, an overwhelming majority signed union cards, which resulted in their union being certified by the Alberta Labour Relations Board on November 7, 2018.

Employees were motivated to join Local 401 to address issues related to wage disparities and to be heard about the impacts of understaffing on client care. Concerns around fairness, dignity, and respect were also commonly expressed.

“Geography was the greatest challenge in this campaign,” said UFCW Local 401 organizer, Joe Irving. “But while employees were spread across the province, their feelings of wanting to have better, of wanting to be respected for the important work they do, unified them in deciding to join our union.”

Said one employee who wished to remain anonymous, “I feel honoured to be part of UFCW Local 401.”

A division of the Canadian National Institute for the Blind (CNIB), Vision Loss Rehabilitation Alberta is funded by the Government of Alberta and by donors to provide healthcare services and rehabilitation therapy to people with vision loss.

“We are happy to welcome VLR employees to our union,” said UFCW Local 401 President Douglas O’Halloran. “And I want to especially thank them for taking this important first step towards making change at their workplace.”

UFCW Local 401 is Alberta’s largest private sector union representing workers across the province in sectors as diverse as food and beverage processing, healthcare, and education.