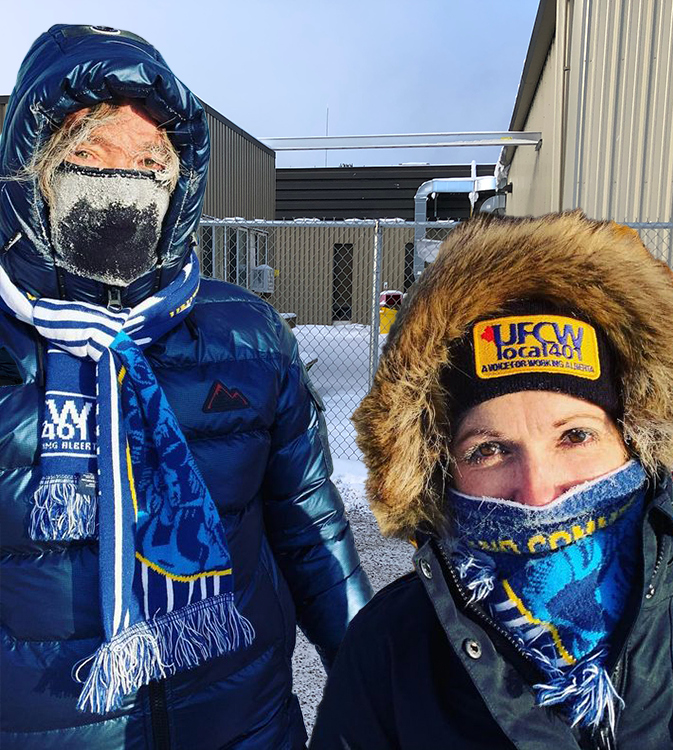 Most of us take for granted where the gas we use comes from. We may have our favourite local gas stations and watch the fluctuation in prices between that station and another down the road. But the process of getting the fuel from the ground to the station and then into our cars is largely a mystery to which we pay little attention.

However, there are a group of Local 401 members who are integral to that process. These hard-working members ensure the “camps” of the Oil Sands in Northern Alberta are able to operate and that the people who extract our fuel for processing have what they need to do their jobs.

Too often unacknowledged, our union members in the camps are the very backbone of those facilities. They do their work, day in and day out, without fanfare or celebration. But without them, those camps would grind to a halt.

All that our camp union members ask is that they are fairly compensated for their crucial work.

But now, after years of loyalty and diligent work, after persevering through a stressful and life-altering pandemic, facing historic economic challenges, these hard-working members are under attack. And the attack comes from the very people who they have made so successful over the years: Civeo and Big Oil. 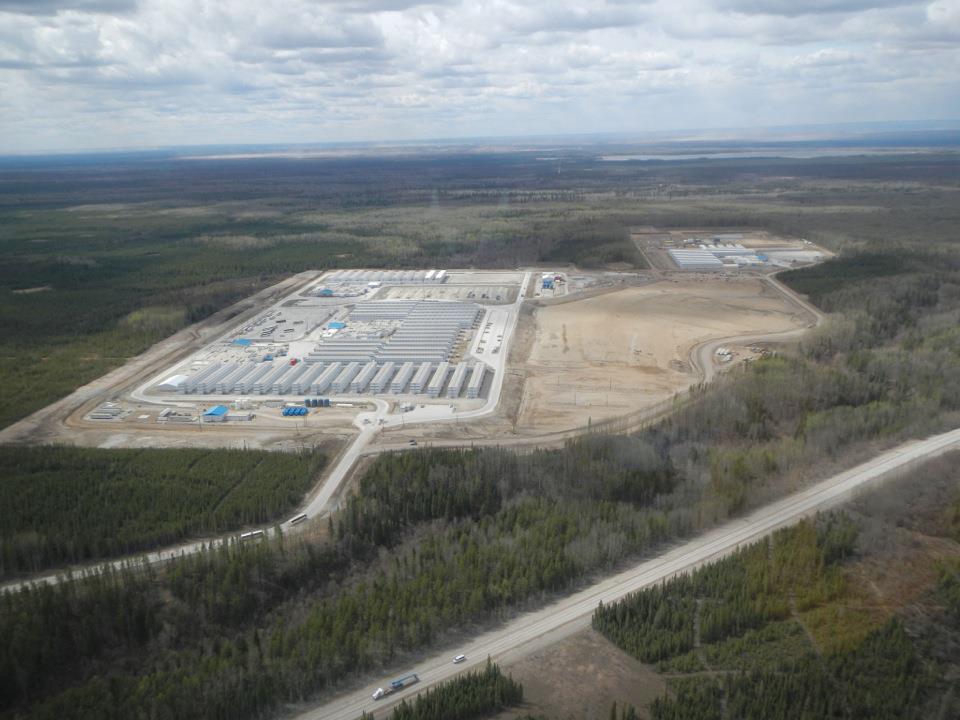 An aerial picture of the Wapasu camp outside of Fort McMurray where Civeo is attacking hard-working union members.

It’s going to get cold in the camps this winter and we’re not just talking about the temperature. Frankly, we are disgusted by the actions of Civeo and Big Oil.

While our members have worked through the pandemic and feel the mental strain associated with these terrible economic times, Civeo has had the nerve to demand ridiculous wage and benefit concessions and accompany those demands with threats of job loss without any dialogue or discussion.

Not only do Civeo’s demands come after the pandemic and historic economic challenges for workers, they also have the heartless nerve to roll their demands out right before the holidays.

We are considering every response possible to determine what will have the greatest impact. Our members have shown strength and rejected these ridiculous demands by an overwhelming 95%! We are now canvassing those members with respect to next steps.

Will we need to stand on the highway and ask cars to turn around as they approach Fort McMurray and the Oil Sands? Will this kind of protest be necessary? Some argue that the Charter of Rights guarantees that we can do this.

Will we need to pursue an aggressive legal strategy at the Labour Board or in the courts? Should we simply prepare for a strike as soon as it is legally viable to organize one?

Put bluntly, our union will do whatever it takes to defend our members against this attack by Civeo and Big Oil.

In fact, we’re on our way to Ottawa tomorrow to meet with federal politicians about this issue. Stay tuned for an update about those meetings. 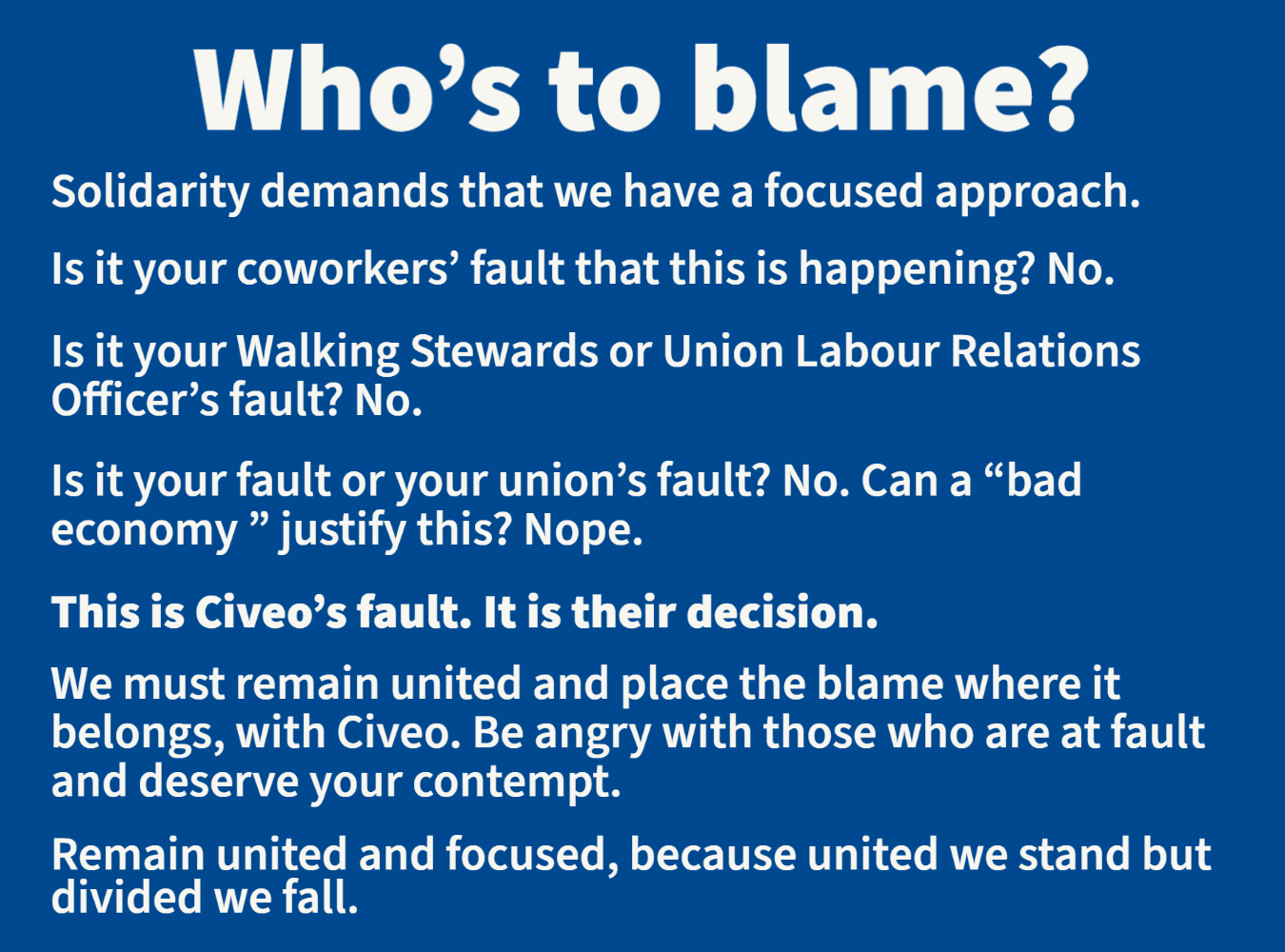 Get ready, Civeo bosses, because we’re sick of your bullying!

We anxiously await our members’ feedback on these issues and the next steps they wish to take in fighting back Civeo’s unconscionable attack. Our union has their back and will not allow Civeo to tread on the rights of hard-working oil patch employees.

We ask all Local 401 members to be prepared to stand strong with the hard-working folks that keep the Oil Patch operating as we get ready to take on yet another fight – this time against Big Oil!