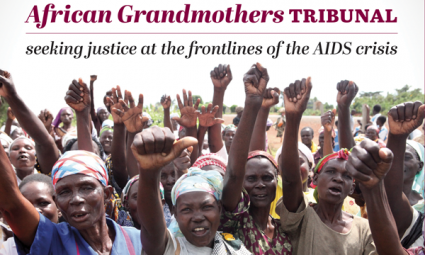 This International Women’s Day attend the powerful film screening of “African Grandmothers’ Tribunal – seeking justice at the front lines of the AIDS crisis.”  Watching their young children die of AIDS, grandmothers are the main caregivers for their orphaned grandchildren. Join the Grandmothers of Alberta for a New Generation at the Metro Cinema in Edmonton for this strong documentary highlighting six courageous African grandmothers as they prepare to give powerful and emotional testimony at a tribunal held in Vancouver. A film by the Stephen Lewis Foundation.

Tickets:
$10 at the door or can purchase online at the metro website