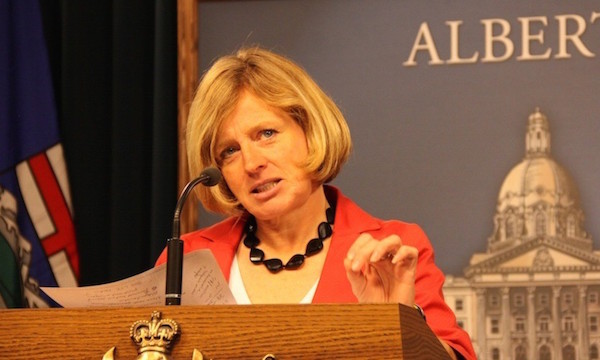 If you listen to the news right now, odds are five minutes doesn’t go by without a story about the slumping price of oil. There’s no doubt that everyone in Alberta has been hit hard by this prolonged downturn.

As the province’s largest private sector union, UFCW Local 401 is no different. Many of our members who work in the camps up north have been laid off as companies scale their projects back.

It’s difficult for me to see our members suffering due to the low price of oil. That’s why I appreciate the approach that Premier Rachel Notley has taken on promoting the Energy East pipeline and other energy projects. 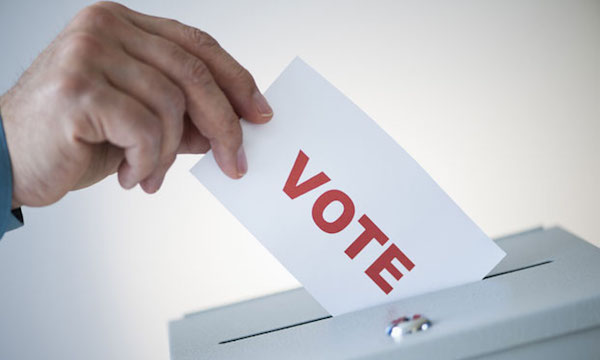 We are fortunate to live in a democratic country. As citizens of Canada, we benefit from the democratic institutions that have developed over time in our society.

The concept of democracy has developed and evolved throughout our human history: from the Code of Hammurabi, to the democratic city states of ancient Greece, the English Civil War, the French Revolution, the Constitution of the Iroquois Confederacy, the American Constitution, and through to our own Charter of Rights and Freedoms.

This evolution has not always been a linear progression forward, nor has it always been peaceful. Democracy is not always the first choice of those in power. Our history is littered with tyrants, emperors, kings, and dictators whose desire to hold on to political power has usurped the will of the people to be free and to have influence over their society.

In Canada, we have long standing democratic traditions, which are anchored to the right to vote. The democracy and rights we enjoy today however have progressed over the years and did not begin this way. Initially, voting rights in Canada were limited only to land owners. As well, women were not allowed to vote in Canada until early in the twentieth century. Over time, our system has evolved and changed to what we recognise today, but it is very important to note that none of this happened without a fight.

The rights of union members have also advanced along with our political system in Canada, and our rights as workers have grown along with the rights of the body politic. Many battles were fought as unionization in Canada grew from small trade and craft guilds to the large international organizations we know today. From the Winnipeg General Strike, to the On-to-Ottawa Trek, and to implementation of the Rand Formula, workers have fought, suffered, and sometimes even died to build and protect our rights as citizens and workers. This fight goes on today.

We, as organised workers, have an obligation to those who came before us to continue the fight, to strive to improve our workplaces and the lives of our families and the larger community through our efforts. One of the easiest things we can do in this fight is to vote, and more importantly, to vote for those parties and individuals who best represent our interests as workers and citizens.

Our vote is our expression, and unless we use it we are giving up our voice within the system. We are allowing others who may not share our view a disproportionate say in the governance of our country or organization when we do not vote.

This means we are letting others decided for all of us who will run our government, if we go to war or not, how much our taxes will be, if our health care will stay public or be privatized, if we pay for an arena with our tax dollars, if we fix the roads, or balance the budget and so on. All of these things affect our daily lives and we concede our right to have our say on them by not voting.

We as workers have the power to effect the change we want, all we have to do is vote for the party and politicians that best represent us as workers. The Alberta New Democratic Party is that party. It is the only party that has continually advocated for the rights of working people, that is committed to keeping our health care system publicly run, to break our dependence on the boom bust cycle of gas and oil prices to fund our economy, and to implement a tax system that has everyone paying their fair share.

When the next election is called, find the time to get out and vote and to make your voice heard. If we work together, we can change things for the better. 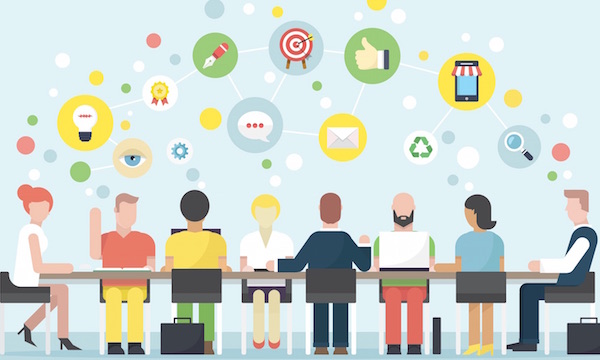 After all, they have their work cut out for them!

Arguably one of the most important things that a union does in support of its membership is to negotiate a Collective Agreement or Union Contract on behalf of its members. All worker rights, protections, benefits, and compensation comes from this Union Contract. In many ways, your Union Contract dictates your quality of life. The responsibility to bargain terms and conditions of employment on behalf of members is no small undertaking, and it is not something your union takes lightly.

Unions across Canada this year will spend millions of dollars negotiating contracts on behalf of their members. UFCW is no different. We pride ourselves on being a progressive union rather than a reactionary one, which is a trap that many unions have fallen into in the past. One reason we need to be more even more progressive is that employers are now spending more money and investing more time and effort to counteract our efforts at the bargaining table than ever before.

It is not uncommon for employers to hire high priced lawyers and consultants to negotiate on their behalf at the bargaining table. These “guns for hire” are commissioned with the task of negotiating the best possible contract for their clients, your employer, and this means keeping your Union Bargaining Committee from achieving improvements to your workplace and Union Contract. While the employer may have to pay thousands of dollars to have professional representation at the bargaining table, your representation comes at no extra cost to you as a union member.

It has been said that working a union job as opposed to non-union provides you with an opportunity to earn an average of $600,000 more in wages over the course of your lifetime. Your negotiated Union Contract is the reason why!

Dynamic unions like UFCW Local 401 are constantly conducting research on the latest developments in the law, as well as comparing competitors, market conditions, and exploring previously unheard of language provisions, all in an effort to provide the absolute best Union Contract possible for our members. In many cases, history has shown that progressive language provisions achieved through collective bargaining may later go on to form precedent setting law.

Victories won in your Union Contract come at a cost, whether it is financial, emotional, or simply just the enormous amount of time and effort a union negotiator and the Bargaining Committee put into negotiating your contract. Every article, every paragraph, every sentence, and every word in the Union Contract is achieved through some level of sacrifice.

The future of Alberta is filled with cautious optimism and the next few years of contract negotiations will prove to be interesting for your union. Employers are becoming more concessionary in their approach at the bargaining table lately, likely in an effort to cash in on the despair of crashing oil prices and/or the plummeting Canadian dollar. Workers are losing their jobs all over the province because of the oil crisis and will be looking for work in other industries such as the one that you work in.

An over-abundance of available labour will put employers in the driver seat so to speak and they may adopt a sterner and less generous approach at the bargaining table as a result. It is not uncommon for employers to come to the bargaining table and insist on Collective Agreement language that waters down your seniority rights by allowing for the hiring of individuals straight off of the street for premium positions within the bargaining unit that had been previously filled by senior qualified employees.

The excuse we are often provided with by these employers is that these individuals are more skilled than the current employees and that they don’t want to miss out on hiring skilled workers simply because the individuals have no seniority under the Union Contract. Union members who are left behind may then be left to ponder the question, “is it not my employer’s responsibility to train me so that I can become more skilled?”

Your union will need your help in combatting these concessionary positions at the bargaining table. In all of this enforcement is key. The hard fought victories won at the bargaining table are worth nothing if employees are either not aware of their negotiated rights in the Union Contract, or if we refuse to hold employers to task. With your support, more will be possible, but only with your support.

Employees need to stand behind their Union Bargaining Committee when it goes to the bargaining table to take on employers. After all, these committees are bargaining for you and your interests!

One thing the recent provincial election has taught us is that when we stand together, good things can happen.