What Is A Union Organizer? 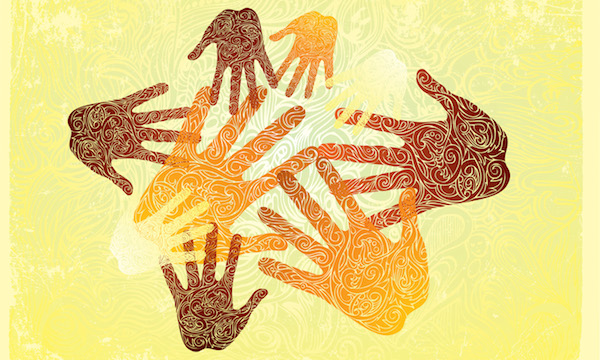 As a Union Organizer at UFCW Local 401, I have faced unique challenges in every campaign I have worked on to organize workers. To be an Organizer requires the right kind of personality, determination, and passion for what you do.

What does a Union Organizer do?

An Organizer’s job is to connect with workers and to inspire them to talk to their fellow co-workers about forming a union in their workplace. An Organizer will talk to workers about how the solidarity of a union can allow you as a worker to make changes in your workplace and to have your voice heard by management and the company.

Convincing someone to spend a few minutes of their time to listen to you about their rights in the workplace and the advantages of having a union at work is difficult if you cannot find a connection with that person. It is important to build trust and common ground between the workers and organizers in order to have a successful campaign.

Gaining a worker’s trust and getting them to sign a petition card in a short span of time is already challenging enough. Now, add to this the barriers to communication that come along with different cultures, beliefs, and languages and you can see how the role of a Union Organizer can be a challenging one.

After Union Organizers build trusting relationships in the workplace with workers and enough petition cards are signed, the organizers will then move to the next steps of forming a union. The next step is to show the Alberta Labour Relations Board that we have the support of at least 40% of the employees in the bargaining unit (or workplace).

After the Alberta Labour Relations Board determines the union has enough support, they will schedule a vote by secret ballot that the union must win by a majority vote of 50%+1. This is the tricky part. The long period of waiting between the original certification of the application and the votes gives employers time to intimidate and threaten their employees, as well as to spread anti-union messages to workers.

Sometimes employers will fire employees without cause during this waiting period. At other times, employers will increase the wages of workers during the organizing campaign as a way to buy-off workers and get then to drop this pesky business about workplace rights and dignity. Most workers are wise to this trick and will understand the employer is trying to buy them off.

Workers know they will have more rights, benefits, and annual wage increases in their negotiated Union Contract, which is much better than a one-time only increase. We also know as union members and workers that you cannot put a price on dignity and fair treatment at work.

When the employer fires workers without cause or tries to bust up the union, this is called an unfair labour practice and the union will file a complaint against the employer for this illegal behaviour. Filing a complaint usually does not stop the employer from bullying employees and workers can become nervous about the process to win rights at work.

A job is not just a place to go, it is also our bread and butter and how we support our family. As a Union Organizer, I understand why someone might be nervous about losing their job if they have an anti-union employer who is using fear to control workers. This fear can sometimes result in a lower success rate for organizers.

This is why it is so important to build trusting relationships from the start. The hard work we do as organizers to build a connection with workers allows us to move past the fear.

Although the nature of the work is challenging and I spend long hours away from my family during the campaign, the job of Union Organizer is the most exciting and rewarding work I have ever done. Just imagine you are an instrument to empower one person to have a voice and to make real improvements in their living and working conditions.

Union Organizers build power for employees in a workplace through a Union Contract and this is fulfilling work. Having my husband and daughter support what I do is the icing on the cake.

Your Job Security and Recall Rights as a Local 401 Member 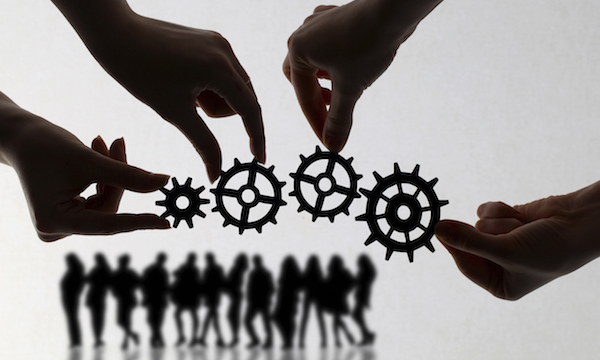 Albertans have fallen on hard times over the last year. With oil prices dropping and companies shutting down or downsizing operations, many unionized workers have also felt the effects of this economic downturn.

Layoffs are at an all-time high in northern Alberta, specifically at our oil camps where companies like Civeo have been forced to downsize their operations, even mothballing longstanding locations due to a diminished client base.

What does this mean for our United Food and Commercial Workers Local 401 members?

Unfortunately, it means mass layoffs at some unionized locations. This can be an extremely unnerving process for workers, not knowing the effect the layoff will have on them and their families, or the time it will take (if possible) to return to the workforce. Having a layoff occur is, without question, a trying and uncertain position to be in to say the least.

Despite the gloom there is still hope. Not all layoffs are indefinite. As reduced levels of production occur, it can become challenging for many companies to manage their staffing needs and often they will have too many or not enough staff available. This time can be a rollercoaster ride for employees.

At non-unionized workplaces, companies can layoff and rehire or recall workers at their own discretion. It is completely up to the company to choose who they want to hire or rehire after a period of layoffs.

This is where the job security that comes with your Union Contract as a Local 401 member comes into play.

Recall rights are a negotiated benefit commonly found under the Seniority Article in your Union Contract. Recall rights secure the position of an employee/union member in the case of layoffs.

The principle behind this negotiated right is that when or if an employee is forced to be laid off work, there is a period of time that the company must bring such members back to the worksite according to the seniority of the laid off members before they may look at hiring a new employee.

Here is an example of the language you might see in your Union Contract as relates to recall rights:

E.g. 24.3 Laid off employees shall have recall rights for one hundred fifty (150) days and their seniority shall accrue during this period.

What does this mean?

When a company is in need of bolstering their ranks, they must first look to their laid off employees to recall. The duration of time can vary from contract to contract, from 150 to 210 days.

Yet the added protection in your Union Contract to maintain your employment and continue your Seniority Rights is the key.

The unfortunate state of the Alberta economy at the moment attests to the need to be unionized and have a Union Contract at your workplace. A Union Contract adds stability to a workplace and gives job security to workers who, as well all know, are the most valuable asset of any economy, company, or union.

The Importance of Solidarity in the Workplace 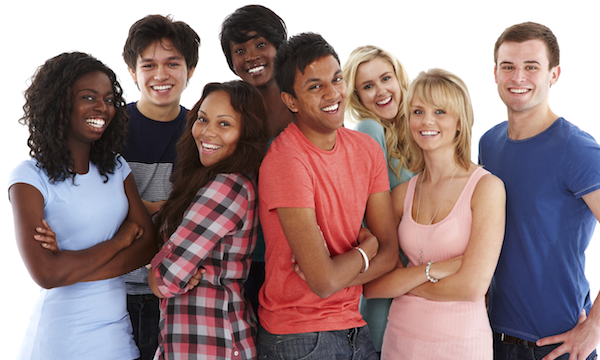 It is very important at all times to show solidarity in the workplace. This can be done in a whole number of different ways; however, as trade union members, you should be aware at all times that the company is looking for ways to weaken our resolve to stick together.

Why is this important? It is important to stick together because we are stronger together and we have more power at work when we can speak with a united voice.

While at work, there may be a time when you observe a fellow union member doing something that could be perceived to be against company policy. In the event that this happens, you should not go behind his/her back and report the offence to management.

After all, no one likes a tattletale.

In another example related to workplace gossip, maybe at some point your manager or supervisor will approach you and say something like, “Jane Doe sure has an attitude problem,” or “Jane sure is lazy, she is a slow learner and can’t get along with anyone.” If that were to happen, perhaps the correct response could be, “Really? I have not noticed. I’ve been busy with my own tasks.” Management loves it when they can get their employees to gang up with them to bully other employees.

How else can you show solidarity or unity in the workplace? You can become active in your local union and go to union general membership meetings in your area where you will meet other members and learn about what is happening with your union. You might also consider joining one of our active union committees (Youth Committee, Community Action Network, and Women’s Committee) where you can become an advocate for your union, community, and fellow members.

Look Before You Leap: A Working Albertan's Perspective on the Leap Manifesto 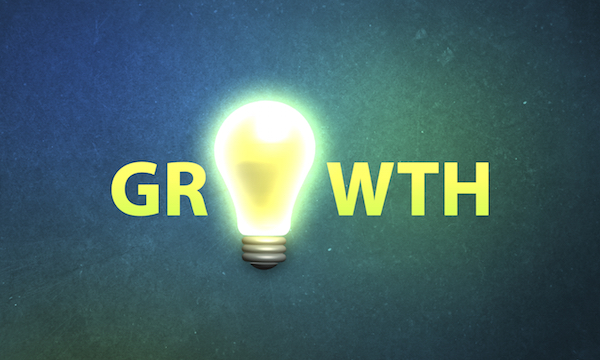 Despite my frustration around the outcome of our recent NDP convention, I’m prepared to take Avi Lewis at face value when he says that he didn’t expect his Leap Manifesto to be so explosive. And I’d like to try explaining the reaction from many Alberta New Democrats so that Mr. Lewis has a better sense of the road ahead.

To do so, let me tell you a little bit about the union for which I am President, UFCW Local 401.

We’re not an obvious place to look for stories about the impact of low oil prices. But since the price of crude started to fall in August 2014, UFCW 401 has lost 1,200 members due to layoffs in the camps that service Oil and Gas sites throughout Northern Alberta.

That’s 1,200 everyday people whose lives have been turned upside down by the economic challenges facing our province. The jobs they lost paid them a good wage, giving them access to a decent life and in many cases supported families from whom they had moved far away in order to find work.

And our members are just the tip of the iceberg.

When we talk about issues like climate change and resource development, we have to remember that we are also talking about real people. And I don’t mean Oil and Gas executives making millions and in some cases billions of dollars, but decent, hard working people who are just trying to make a living and support their families.

For New Democrats in Alberta those people are not theoretical.

We all have friends and family who have been out of work for going on a year, and sometimes more. We know people who’s entire savings have disappeared, who are losing their homes, who don’t know when they will be employed again, and don’t know whether the job they go back to will be mortgage-paying and family-sustaining or part-time and precarious.

Our friends and family are hurting and they’re vulnerable and we’re doing our best to take care of them in what is an uncertain time for everyone. We’re living with that reality — not in some distant future, but right here, right now, every day.

Then perhaps you can imagine how it would be difficult for many Alberta New Democrats to stomach watching our federal party add insult to injury by dumping all over some of the very hard-working Canadians it’s supposed to stand up for.

Read all of President O’Halloran’s Huffington Post article by by clicking here.

Help spread the word by sharing the article on Facebook!