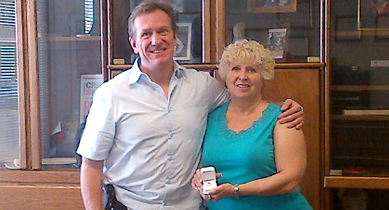 Congratulations Catherine on your retirement

Catherine was first hired with Canada Safeway in approximately 1981. She left briefly for a couple of years and returned as a cashier in 1985.

Throughout her years as a member of 401 she fulfilled several different roles. She became a Shop Steward when it became apparent to her that her co-workers needed a strong voice in the workplace and she took great pride in representing the interests of the members. In addition to serving a valuable role within the Union, Catherine also took on the tasks of charity coordinator within her store and took the time with her co-workers, providing support and friendly counsel for them when they ran into personal difficulties. She also served on the health and safety committee for her store (#293).