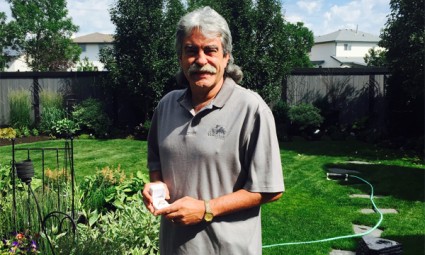 We want to congratulate George Mentes on his retirement from Canada Safeway. After 43 years of dedicated service with the company, he will be looking forward to time spent with family and other assorted loved ones.

George started out all those years ago bagging groceries and then moved into the grocery department for a time. He subsequently landed in produce and eventually became a produce manager where he remained until his recent retirement.

Union Representative Larry Zima characterizes George as being well liked and respected among both the employer and employees alike. He had a reputation of being affable and a great guy to work with.

George, you will be missed by all who knew you in your UFCW 401 family and we wish you the very best in your retirement to the Okanagan area.