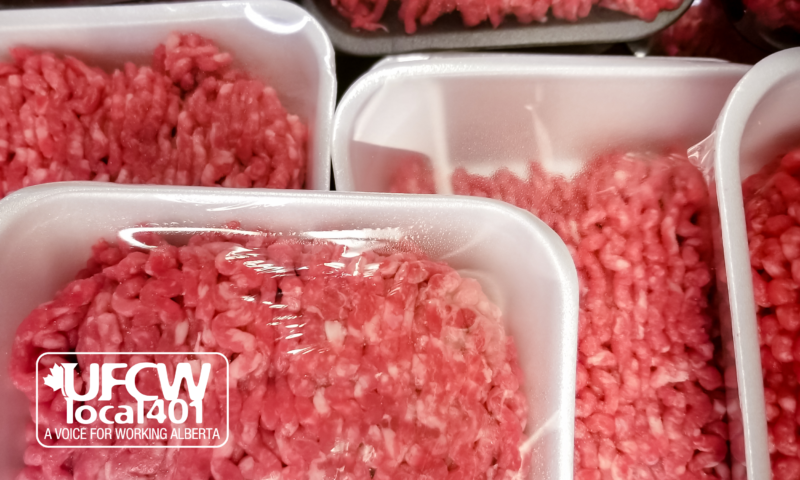 “After months of negotiating with Cargill, our bargaining committee decided to take the company’s last offer to the membership for a democratic vote,” says lead union negotiator, Devin Yeager. “The result was a strong acceptance of that offer, and for that, we are pleased for our Case Ready members.”

“Our members at Cargill Case Ready deserve the very best contract they are willing to fight for,” says UFCW Local 401 President, Thomas Hesse. “We congratulate the committee for their work during negotiations, and we encourage them to continue this work every day as we prepare our efforts to make this contract even better next time.”

With thousands of members involved in the beef processing industry, a new initiative of UFCW Local 401 President, Thomas Hesse, and Secretary Treasurer, Richelle Stewart, is the establishment of the union’s first Food Processing, Packing, and Manufacturing Council, the purpose of which is to coordinate negotiations, organizing, and representational efforts across the Local Union.

The new coordinating effort will involve members from Cargill Case Ready, Cargill’s High River plant, and JBS’ Brooks plant, all of which are represented by UFCW Local 401 and handle the vast majority of Canada’s beef production.

Cargill Case Ready is a further processing meat packaging facility operated by the food processing giant, Cargill. The case-ready meat products are made by highly-skilled employees and are sold on the shelves of retail supermarkets across Western Canada.