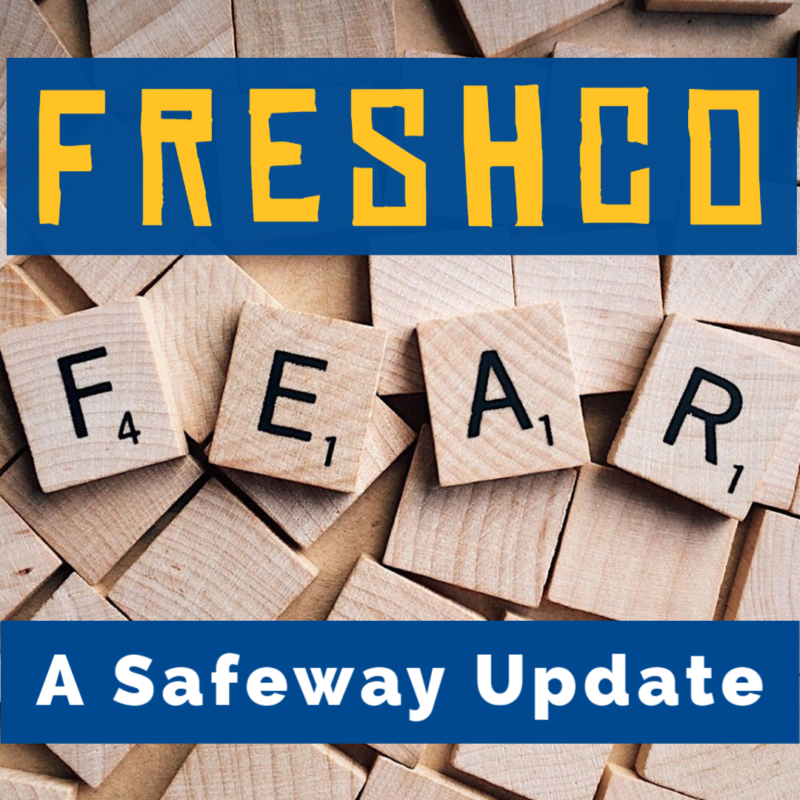 In recent weeks, employees at six Alberta Safeway stores were informed that their stores will be closing and being converted into FreshCo’s. There is special contract language in your new union contract to deal with this situation.

Unfortunately, Safeway has again disappointed its employees. In many ways, Safeway hasn’t complied with what they agreed to do in these circumstances.

But fundamentally, those representatives have been there to have your back. Additionally, a new phase of this process is commencing.

There are two problems here.

The first problem is about how Safeway has screwed this process up thus far. The next problem is a question: will Safeway continue to screw this up into the future?

Employees in stores that are being converted have had to make difficult choices in a confusing and challenging environment.

Some have opted to take a buyout. Others have decided to work at a converted FreshCo.

Yet others have indicated they want to bump into other stores. But where will they end up? They don’t know and they’re scared.

Other union members are scared too. Employees in stores that aren’t getting converted worry that they’re going to get bumped out! What are their rights? Will they have jobs?

Here’s some data for you to consider:

At last week’s meeting, President Hesse and Secretary Treasurer Stewart demanded a clear and fair rollout of collective agreement rights in the coming weeks for both those who want to bump and those who risk being bumped.

We’re awaiting Safeway’s answers to a number of issues we’ve raised. Please be reassured that we’re going to be there for both groups who are being impacted.

A few final pieces of news.

We have now made an application to the Alberta Court of Queen’s Bench to overturn what we believe to be an unfair decision made by an Alberta arbitrator regarding the new FreshCo agreement for stores that will be converted.

Additionally, when questioned on Friday by President Hesse, Sobeys indicated that they have applied to the Government of Alberta for the $1200 pandemic bonus.

However, we were disappointed when Sobeys made it clear that they weren’t interested in extending that bonus to workers who made more than $25 per hour or did not meet other government requirements.

It is important not to let Sobeys off the hook for this failure and to stand in solidarity with and back up your fellow union members who are not eligible for the government bonus.

Your union will not stop fighting for our Safeway members as we make our way through this challenging and confusing process. We will hold Safeway to account for their failures and ensure they live up to their promises when it comes to your rights!