Canada Safeway has a long history in the retail food industry within the province of Alberta, spanning more than 7 decades. They first became unionized in southern Alberta in 1952, and 1953 in northern Alberta. There are now 75 retail stores across the province in addition to gas bars and liquor stores, where we represent approximately 8200 workers.  Our members assist customers, run cash registers, stock shelves, bake, put out produce and provide floral and pharmacy services. Surviving many changes over the years, Canada Safeway was purchased by Sobeys in 2014.

During a time of record grocery sales and unprecedented profits, Sobeys is asking for unreasonable concessions at the bargaining table. Why is the company looking to take important benefits away from the employees who have worked so hard and risked so much to make them successful during COVID-19?

Unfortunately, our updates on Sobeys’ approach to negotiations are about to go from bad to worse.

Your union has heard from so many hardworking Safeway employees about all the stress and anxiety that COVID-19 has caused you.

You’re worried about your safety and getting sick. Measures to protect you vary from store to store and are often poorly communicated. Customers are stressed out and anxious and sometimes they’re taking it out on you!

In the midst of all of this, Safeway workers have remained calm and composed. You remain focused on doing your job. You’re supporting the public through this challenging time by ensuring the food they need gets to their tables. And you remain committed to ensuring that Safeway customers continue shopping at a good grocery store and that they can get their groceries the safe way!

You would think that… but unfortunately, you would be wrong.

So what is Sobeys doing at the bargaining table? Well, in addition to taking away your hard-earned benefits, they are also looking to outsource your jobs.

Yes, you read that correctly.

While you are doing everything you can to make their stores successful, working long hours under incredible strain to support their skyrocketing sales, Sobeys is pushing to take work, hours, and pay away from you.

If that makes your jaw drop, don’t worry you’re not alone. Your union is as shocked as you are.

And you can rest assured that we will fight Sobeys’ heartlessness with everything we’ve got!

How is Sobeys trying to outsource your jobs in these unprecedented and uncertain times? Here are a couple of examples:

At a time when people around the world are coming together to fight COVID-19, Sobeys is using classic divide and conquer tactics at the bargaining table. They are pushing to take work, hours, and pay away from you while making their stores less safe.

Sobeys’ efforts to undermine your work at a time when you have demonstrated that you are there for them is frankly disturbing.

Add to this that Sobeys is also trying to take money out of your pockets at a time when they are enjoying record sales and it becomes clear that they care more about their profits than they do about their people.

The time to push back is now.

We must send Sobeys a strong message by supporting a strike vote if they don’t change their behaviour at the bargaining table next week.

Your union and Bargaining Committee have done everything in their power to meet the company halfway. We’ve been open, measured, and proactive in negotiations. But at some point we must draw a line in the sand.

If Sobeys won’t treat your fairly at the bargaining table they’ll have to explain why to the public.

Not only is Sobeys failing to offer you a fair contract that shares in the sudden good fortune you have worked so hard to ensure they are enjoying. The company is going a step further and trying to take important benefits away from you!

How can Sobeys justify this heartless move when you have risked so much as frontline workers keeping their grocery stores open, operating, and making money? In the view of your union and your Bargaining Committee: they can’t.

The decision to seek concessions from you in negotiations is not right and we will not sit idly by as the company tries to take your hard-earned benefits from you.

At your direction, your union and Bargaining Committee have been open, proactive, and measured in our approach to negotiations. Even when Sobeys failed to meet us halfway and placed an unbearable strain on negotiations, we have made every attempt to work with them toward a fair and equitable outcome at the bargaining table.

But the time has come to push back!

Here are just some of the things Sobeys is trying to take away from you:

Click here to see a listing of your current benefits.

Sobeys should be asking what more they can give you as thanks for all your hard work over the past weeks and months. Instead, they have come to the bargaining table asking for those rollbacks while you are breaking your backs to keep their stores open.

This is unacceptable, and we will not stand for it.

We have to let Sobeys know we are serious about pushing back. If they aren’t prepared to treat you fairly at the bargaining table, they will have to explain why to the public after we secure overwhelming support for action with a strike vote!

Your union is not quick to walk into a strike, especially with a situation as complicated as COVID-19 still challenging us – but Sobeys has left us with no choice.

We must send the company a strong message by supporting a strike vote if they don’t change their attitude at the bargaining table!

As we near the end of mediation with Sobeys, we want to provide Safeway members with an overview of negotiations to date. Understanding what has happened throughout this process will help us to make strong and informed decisions about what we need to start preparing to do moving forward.

So much has changed in 2020. It’s really thrown our negotiations for a loop!

The economy started to turn around and Canadians started spending more freely. As a result, grocery sales began to pick up and things were starting to look up for Sobeys.

This was a welcome development for Safeway members. When the company is doing well and grocery sales are up, it ensures we’re in a good position to negotiate a fair contract at the bargaining table.

Then COVID-19 changed, well, everything. We don’t need to go over the details with you. You’ve been living the details of life with COVID-19.

And while other businesses have suffered, grocery companies’ sales have been surging even more strongly than they were at the beginning of the year. Sobeys itself has reported a 37% increase in sales!

People have been forced to stay home and stop dining out, which means they have needed food from grocery stores more than ever. Many people have rediscovered their kitchen and a passion for cooking at home during this challenging time.

Of course, none of this would be possible without the incredible work of our Safeway members. Food workers throughout the province have been incredibly committed to bringing food to tables of Albertans.

And those efforts have not gone unnoticed.

Between their employees’ newfound celebrity and the renewed importance of grocery stores, Sobeys suddenly has a major marketing opportunity on their hands. They can become even more successful by presenting shoppers with the Safeway to shop during COVID-19.

From our perspective, Sobeys needs to share their tremendous fortune with you. After all, these opportunities wouldn’t exist without your amazing contributions.

So far, they have failed to table anything in regard to wages. From the beginning, the company has demonstrated an unwillingness to take about monetary issues. Additionally, their failure to negotiate transparently has resulted in the need for a mediator.

It’s clear that while Sobeys is happy to recognize its hardworking employees in public, they refuse to follow through on that recognition at the bargaining table.

Our last round of mediation is set to take place on the week of May 25, 2020. Unless something significant changes, Safeway members will need to be ready to push Sobeys to share in their incredible fortune.

And we firmly believe they should be sharing with you after all you’ve done and put on the line to help them in these challenging times!

At the end of May, we will be in a legal position to take a strike vote. If Sobeys refuses to treat you fairly in negotiations, they’ll have to explain why to the public!

Your union’s approach to negotiations with Sobeys has always been about YOU – the members. Negotiations are an open and transparent process that focus on input from and addressing your lives.

The members of your Bargaining Committee and Council are from the Safeway membership so that the Committee truly represents you at the bargaining table. Not only that, but the proposals we bring to the company during negotiations come directly from you and we asked you to tell your union and Negotiating Committee what you wanted to see accomplished in negotiations through extensive consultations.

Just like your union, negotiations are always ultimately about ensuring your voice is heard at the bargaining table. This is the most effective way to secure a fair deal from Sobeys.

As part of that effort, your union has been running an extremely successful campaign called Good Groceries. Good Groceries has been about engaging customers on the importance and value of shopping at a good grocery store like Safeway. The campaign builds on the relationships that exist between those customers and good groceries workers like you.

Your union has been in Safeway stores, talking to customers, handing out leaflets and thousands of Good Groceries shopping bags to ensure customers hear your voice as clearly as the company. We wanted Safeway customers to understand what we’re trying to achieve at the bargaining table and how it benefits them as well.

The response to our campaign has been overwhelming. Customers have expressed their solidarity with good groceries workers and frustration with the direction that Sobeys has taken Safeway stores, all of which placed us in a good position at the bargaining table.

But based on your direction, your union and Negotiating Committee were also sensitive to the company’s situation.

Sobeys over-extended itself with the purchase of Safeway. This is obviously not your fault, but it certainly has an impact on your livelihood and your future. So in keeping with your direction, we bore that fact in mind while in negotiations.

Adding to the situation was a sluggish economy was sluggish and customers expressing dissatisfaction over the direction of Safeway stores, and you have the company experiencing a real sense of jeopardy.

So your union’s approach to negotiations have been very measured. We wish the same could be said for Sobeys.

While your Negotiating Committee has approached negotiations in an open and honest fashion, Sobeys has not been particularly forthcoming with its plans. The company has consistently stalled important discussions about introducing its FreshCo brand to Alberta. And it has withheld details around potential store closures that have created anxiety among Safeway members.

While some progress toward securing your best interests had been made through your union’s proactive and productive behaviour at the bargaining table, the company’s failure to act similarly had made negotiations difficult.

But in 2020, everything was going to change…

FOR CURRENT NEWS ON OUR NEGOTIATIONS WITH SOBEYS IN ALBERTA, VISIT OUR SOBEYS BARGAINING UPDATE PAGE.

COVID-19 and Negotiations: Your Voice Continues to be Heard

Everything you needed to know about unions 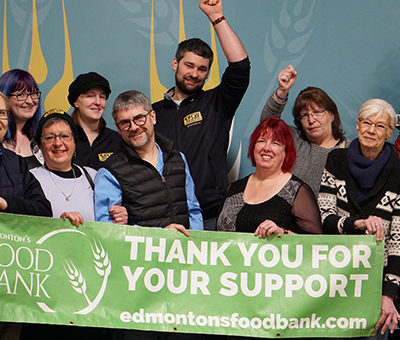 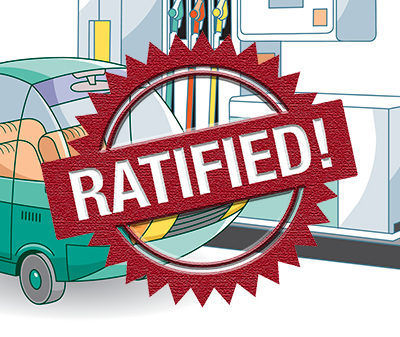 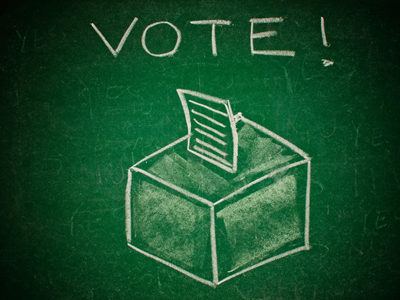 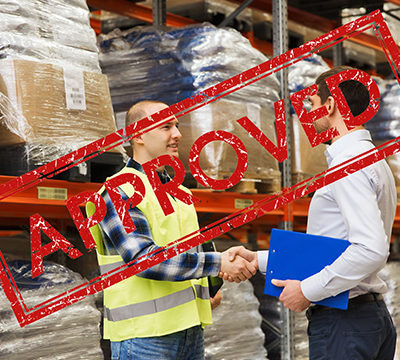 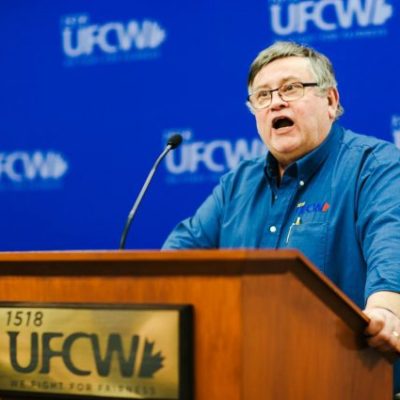 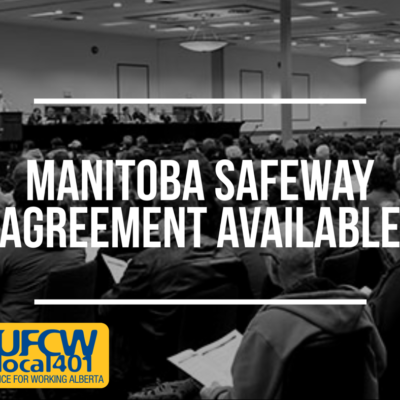 Below are your Safeway Benefit Plan brochures and expense forms. Please don’t forget to fill out both pages of your expense forms.

For dental inquires, when you visit your dentist they will have the forms they need to help you. All you need to do is bring your benefit card and plan number. If you have any questions regarding your dental claims, please call the Administrator at:
Dental Retail: 1-866-961-6147
Dental Meats: 1-800-667-2816.